Out of 3 items, guess which item is worth more in value. The answer will be under the question in a spoiler. Good luck.

Let’s start: Which is worth more?

Next round: Which is worth more?

Third and final round: Which is worth more?

There’s actually two correct answers. One for current value, and another for future value. First, the winner for current value is the Strong Sunken Sword, while for future value the winner would be the Headless Head. The Strong Sunken Sword is currently slightly worth more value than Headless, but it’s starting to be considered equal. Also, the Hard Chestplate is slightly less than the Sunken Sword. As time goes on, Headless Head is expected to rise significantly since it is limited and already so valuable.

And that’s it. How many did you get right? Let me know. If you guys like this, I’ll do it again.

How is a heavy WoJ worth “slightly more” than a strong oath, strong oath is more valuable

heavy WoJ worth “slightly more” than a strong oath,

Heavy woj is VERY useful in battle, wayy more viable for PvP rn than oath, and has the same boss drop rate as oath.
Oath on the other hand, NOT so great to use in pvp without getting hard punished asf.
In terms of current game rn heavy woj > strong oath, especially since it’s the only ACTUALLY useful item other than sunken armor.

Also, leave da mane alone, he can make trading posts if he wants to, just because some people aren’t as “prestigious” in trading knowledge does NOT mean they cannot utilize this section of the forums, cmon bruh yk better.

Personally, i enjoyed this game.

just because some people aren’t as “prestigious” in trading knowledge does NOT mean they cannot utilize this section of the forums, cmon bruh yk better.

What I never said that, he can make trading discussion posts I’m not stopping him but he should at least get his facts straight and he’s always cocky about it too

False, many people still like heavy woj, also, demand is more people liking a certain item, and envying that item… so same thing basically.
What you said is correct, but not by a longshot.
Demand is important yes, but useability is also a great factor in determining value. Due to the dead economy, demand is irrelevant, so usability takes the lead.
Heavy woj is just TOO good to not be better than strong oath.

I’m not sure if all enchanted items will be unenchanted.

Where did you get that, from an outdated value list? The economy is fucking dead dude, demand barely exists if no one really plays the game anymore. Heavy woj is still usefull though, unlike strong oath, its usefulness hasn’t changed unlike demand, therefore heavy woj > strong oath. Unless you give me hard strong reasons other than the bland “demand doe” reason explaining why strong oath > heavy woj, then we can have a civil debate. Rn, i’m a bit pissed because you’re telling people to not talk, on a forum they CAN talk on.

Do you even look in marketplace??? Fuckin tell me what trades you see more, oaths or wojs. And especially for strong oaths you see waaaaaaay more trades for them than people asking for a heavy WoJ and even in-game people like oaths way more, you cannot say that the “demand” and “community” are dead, they aren’t. Be pissed bro no one likes this dude he’s always spreading misinformation about trading and being egotistical about how he knows his shit (allegedly) he can talk as he likes but if you’re gonna make something in trading discussion get it right and don’t be all arrogant about it

aaaaaaay more trades for them than people asking for a heavy WoJ and even in-game people like oaths way more, you cannot say that the “demand” and “community” are dead, they aren’t.

This is on the forums, ofc the traders who are rich are gonna continue to be active, i see very few, new people trade on here anymore.

Who cares bruh, let the man be, i enjoyed the game, even if a few things here and there were wrong, just dont be judgemental abt it. I see things EVERY DAY i don’t like, and A LOT of time i do things that other people don’t like, just don’t say it like “bro stop talking you dnk what you saying” say, “hey, thank you posting this, I would just like to correct a few things… etc etc.” when ppl do that to me when i say sum dumb shit, it immediately creates, peace. Saying shit like “dont talk here u arent welcome u dumb asf mfer” just makes matters worse. Please mane, just be nice to the dude, i think he’s a chill guy, even if he hasn’t been chill wit you, try to create peace.

There’s several new people in marketplace but ok yeah I guess you can just ignore that and say it’s only “big” traders.

As a trader I care, people who spread false information on MANY ocassions and think they’re always right I don’t fancy, I’d be fine if he did it 2 4 times but he does this so much, that’s a crazy vibe to get from what I’m saying, I’m saying he shouldn’t be arrogant as he is on too many trading posts and do a little more research; I’m not saying or ever said he was a dumbass idiot.

Tbh, idc what you say, jus don’t say this

I back up anyone, even tho i don’t really like box, i’d back him up in sm like this, i don’t find it fair to completely leave smone in the dust yk. If you were getting ganged up on, i would also back you up.

It’s just a game mane, at the end of the day, this is roblox.

It’s just a game mane, at the end of the day, this is roblox.

How many fucking times are you gonna say this? Roblox or not this is still a place where you discuss trading of the game, it being a roblox game doesn’t mean you can’t get your facts straight.

Roblox or not this is still a place where you discuss trading of the game, it being a roblox game doesn’

because it’s roblox, i hate when ppl actually get mad at each other over roblox for shit like this. Trading, values, etc etc, is all gonna be USELESS in a couple of years. Then you’ll be thinking about school, social life, etc.
Don’t let arguments over trading in a roblox game define yourself, and give you a view on other people. 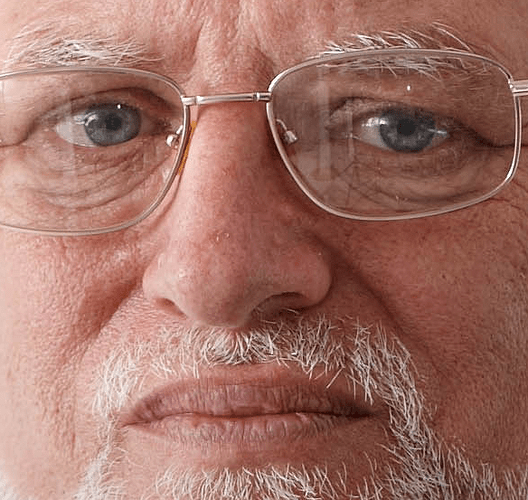 sigh idk what to tell you mane. gn element.

the Exiled chest piece is not more valuable than the Oathkeeper.

who made you put on another gacha pfp