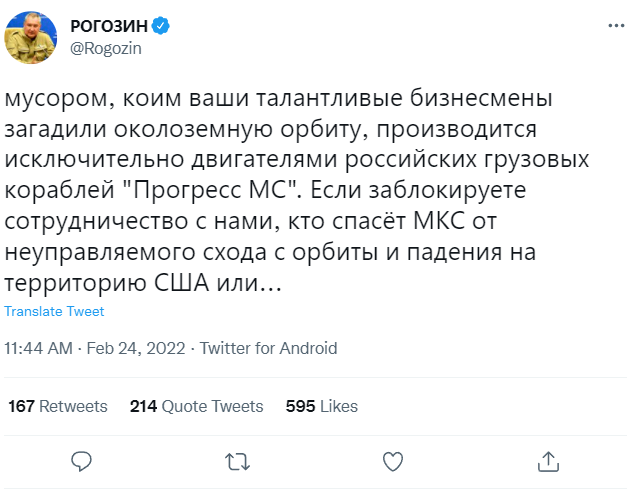 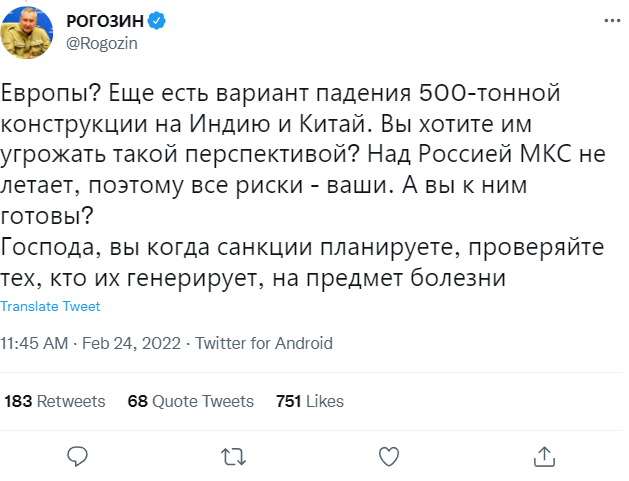 Translation: we’re going to drop a fucking space station on you.

Garbage, with which your talanted businessman was told that they’ll reach Earth Orbit, are constructed only throught russians cargo ships “Progress MC”. If you’ll block our cooperation, who will save ISS from going off the orbit and falling on USA territory or…

Europe? There is also vairant of 500 ton weight construction falling on India or China. You really wanna threat with such thing? ISS is not flying over Russia so all those risks are yours. Are you really ready for them?
When you are planning your sanctions, check who is genereting them, and check those sanctions yourself.

Same energy as when you’re driving with someone and they start speeding up while talking about how life’s meaningless.