What are your stats as a bossfight + OST? 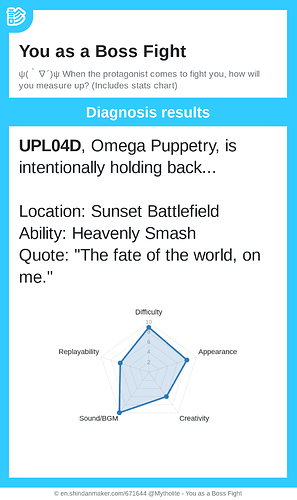 You as a Boss Fight

ψ(｀∇´)ψ When the protagonist comes to fight you, how will you measure up? (Includes stats chart) 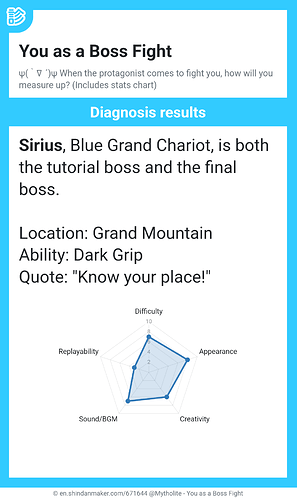 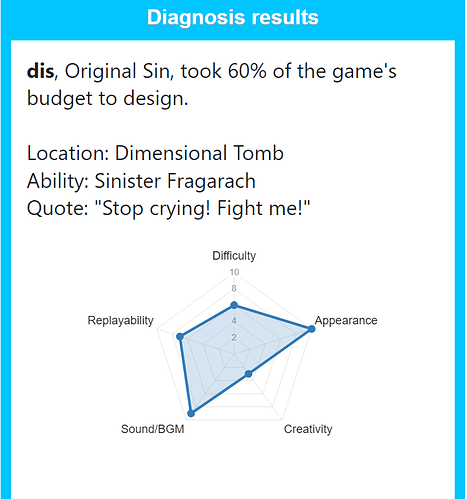 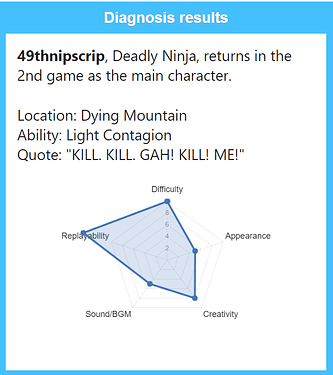 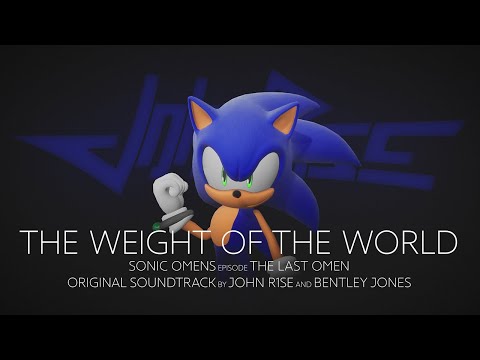 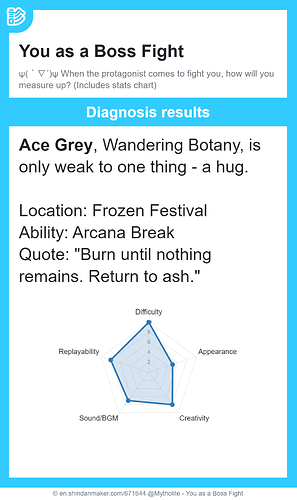 Critical hits have no effect 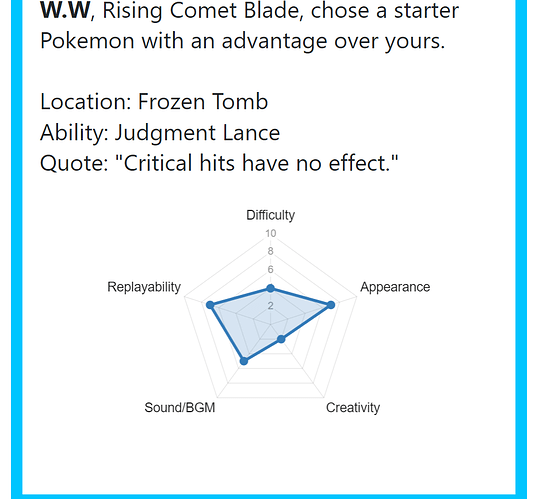 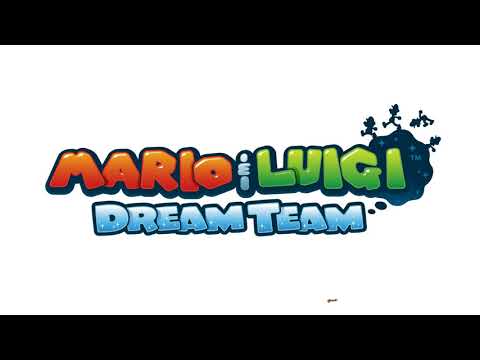 so you’ve come, at last!
critical hits have no effect. 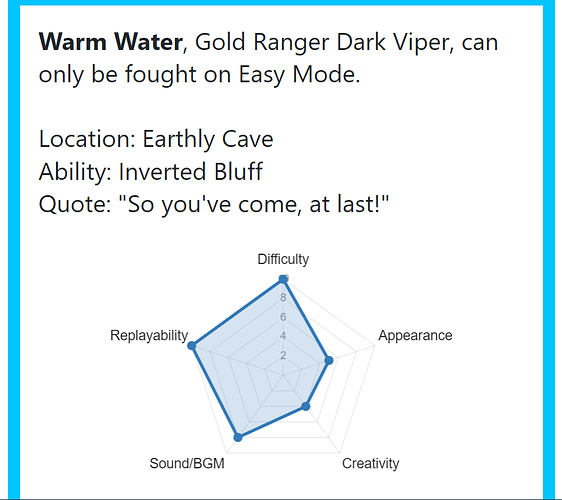 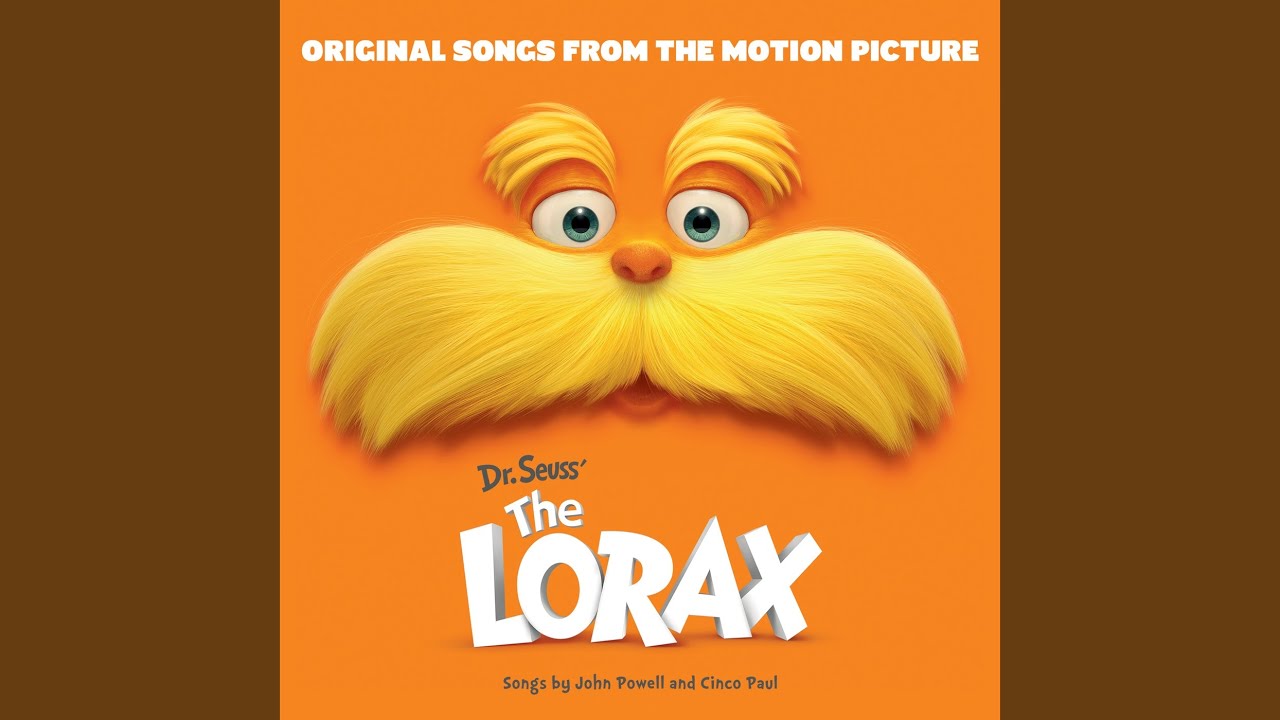 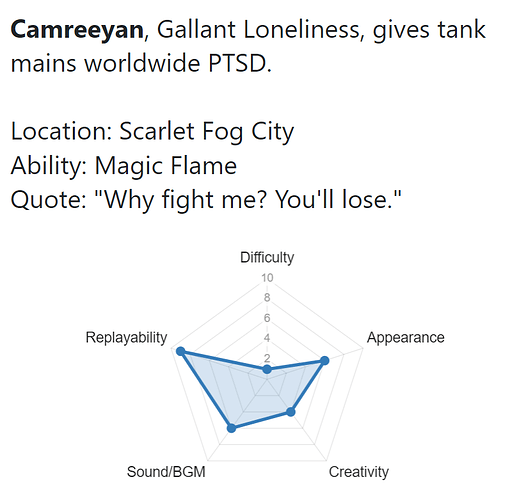 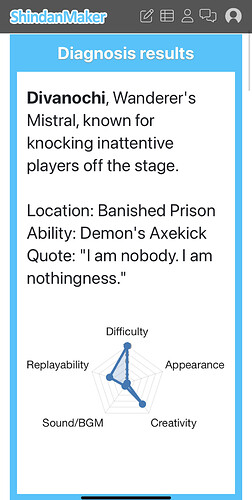 bros the first nontutorial boss in the game, where you don’t have many abilities apart from what I assume to be a parry since any game with one is always fucking awesome when it comes to replaying it

THE REPLAYABILITY IS HOW EASY IT IS TO KICK MY ASS

hey, YOU aren’t the one with fucking 0 appearance, why would you be the default slate that is a dark wizard 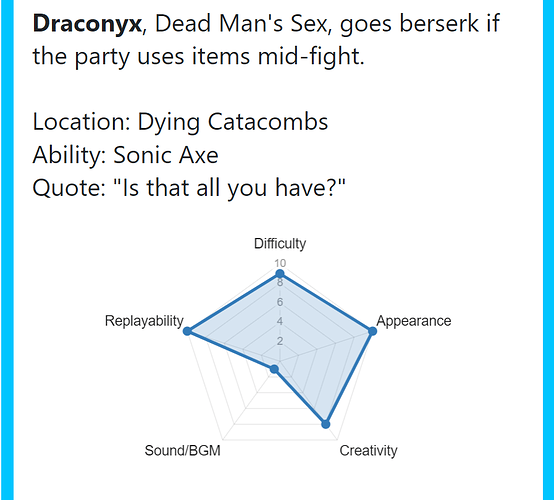 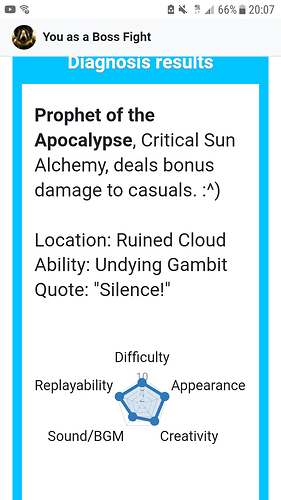 I ran my multiplayer terraria melee file through this
So you’ve come, at last!
I’m stronger than last time!
Critical hits have no effect. 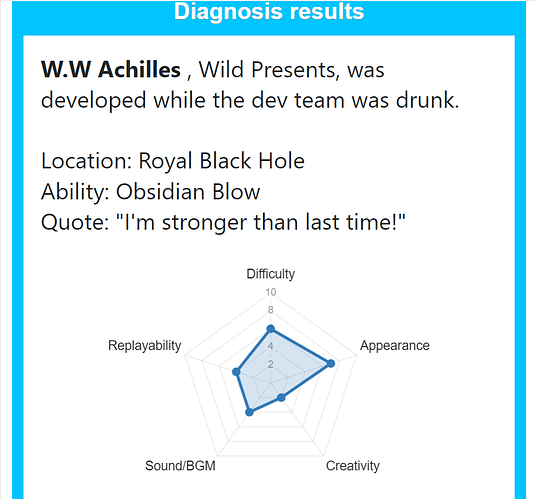 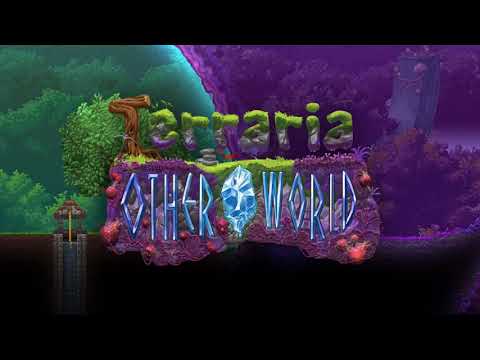 bros got that nearly perfect boss fight stats there