What if every fictional creature fought each other at once?

Say we pit every fictional/mythical/mythological creature, elemental, species, and monster against each other, who would win?

I mean, we could include @liu and her elementals

stalemate between every omnipotent being

the ones who “peace out” through time

but thats boring, and really any mythical creature that transcends galaxies and what not would easily be top contender cause what the heck are some planet bound creatures that can’t even escape their own solar system gonna do?

Shadowthehedgehog998 on DeviantArt’s 16,578 omnipotent original ocs (do not steal) would win

well every plane of existance would easily crumble at once, there are some bullshit characters in fiction like straight up omniverse destroying gods that could erase everything in an infinitetly small amount of time and that is just getting started

some sort of lovecraftian thing

Ok but I just invented a guy who created all the Lovecraftian gods and can kill all of them just by thinking about them. He would win

His name is Derek the hedgehog 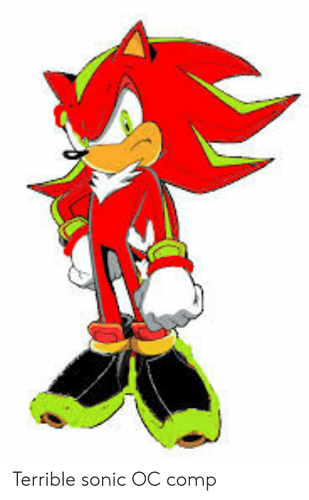 is he powerful enough to change that godawful shitty color palette tho?

Candy red and lime green are the prettiest

My eyeballs are intact

Azathoth: no… how can dthis be… your my dream…
Derek the Hedgehog: i guess the dream… has surprassed; the dreamer;
Azathoth explodes

God is a person tho

Humans are made in his image, but he isn’t himself human. Plus humans are still creatures by every qualification

if you mean person differently than human, fine, but i feel as though there would still be a tremendous amount of overlap between whatever qualifies God as a person and entities like, say, Cthulu

ye that’s what I mean