When I still was very innocent, didn’t hit puberty yet and had a squeaky and very girl like voice, I used to say very weird stuff to my friend on disc (mind you I was like 11 or 12)(also can’t do anything about it now hahahahaha) without knowing what they meant
Like when I saw my friend saying “STOP SAYING ITS ITS CRINGE AND WEIRED”
dunno why but when I heard that I wanted to bully him saying those stuff which he hated

Btw the thing I said was “onii-chan”

Thankfully when I was young I didn’t (and still don’t) make much of my info public nor did I use a mic in games and stuff so I didn’t really get to say much weird or cringe stuff, though like 100% of the population I did say embarrassing stuff which still haunts me years after 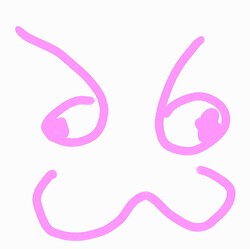 And he blocked me after 3 days of continuous being weird

did it just to annoy him too

Too bad for you, I have a time machine.

as a child, i was about as bright as a fucking grave

lol roleplay to the maximum

Raise your hand if you said a bunch of shit that sounds horrible now you’re older!

I don’t think I have anything notable, except for my edgy phase which was extremely awful

Explain the most regretted decision in your life

trying to look up nsfw in 3rd grade