When you create a character in video games do you usually make them look like yourself?

I’m just curious if most people do this.

Nah, I usually don’t. Unless it’s a game where I’m really trying to put someone like me personally into the world, I create a character that I think would fit into the world of the game.

No I make my characters look drastically different

even my “self inserts” look different from me IRL

only my mii when i play wii sport with my family

when i was a kid i used to but now i dont, the reason i play video games is to take a break from reality so i always just make my characters look cool

i do just bc i like representing myself, tho small asian girl with black hair and eyes ain’t what i call a novel concept. but this is why i enjoy customization beyond strict humanism, since i can do this through features and stylizations i like. for example, in the Destiny franchise there is a race known as an Exo, which is a human in a machine body. It’s cool to express myself through my tastes. 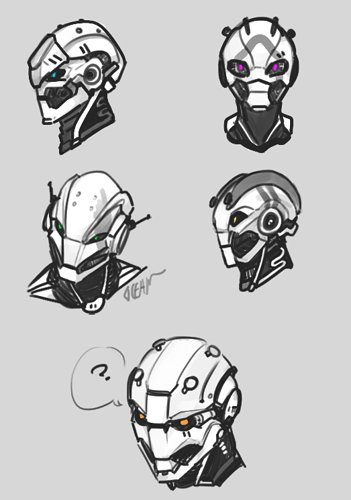 tl;dr
yes, but i am a generic-looking person to begin with and also express my tastes in doing so.

one glass of water and they’re done for

Oh I love destiny customization you can be human or purple alien or Exo it’s really cool!

kinda just boils down to whenever I feel like making myself

the mii era is over because nintendo is retarded so no

I would mostly make characters in games usually based around my own characters. Hence why I made pretty much my full team my OCs when I played miitopia. The only one who wasn’t an OC was the autism creature / TBH because I didn’t have enough characters at the time so I needed filler.

I don’t use weird hair colors because they just looked artificial and dyed. I never understood why everyone in anime has plain ass hair colors like black and brown and the protagonist has like neon red in the middle of a big crowd.

why would i self insert as myself when i can self insert as someone who actually gets bitches. Creating a character with unspoken rizz is like half of the game

I mean I probably would have long ago, but now nahhh

i combine my own looks with my in game avatar, but its never exactly the same as me. for example, my wom character always has a puffer jacket because i wear one all the time and its secondary hairstyle is similar to my own.

the only time i’ve made a character that looked distinctly like me was when i made archie, my shadow file
I based the file that looks slightly like myself off an edgelord

Besides that, i’ve attributed some traits from myself to my other characters
like my warlock having ADHD and a tendency to pace around as well as being quiet, or making my magma file energetic as i am sometimes

up until like smash for 3ds, i tried to make myself in games.

and now i use my roblox mushroom avatar cuz idk, hes kinda cute and surprisingly easy to make in most games while still looking distinct