Which guild, has the best guild name

either just create a guild name and tell me it, or tell me which of the lb/big guild guild names sound the best.

prolly suncry, good name for a guild that wud be ontop 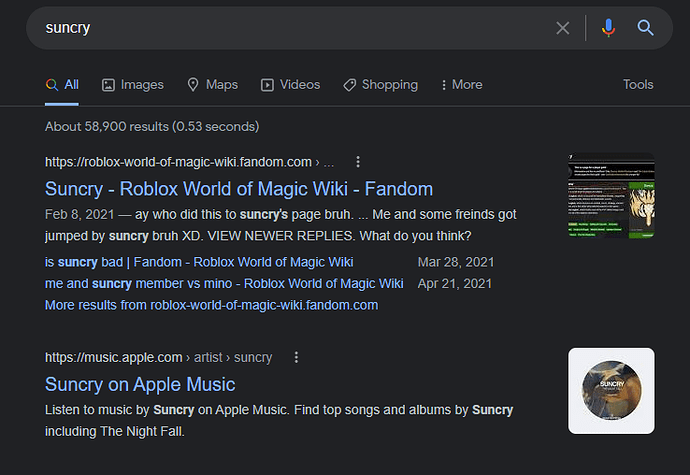 yeah, but how wud suncry sound like a bomb, other than the fact it has sun in its name which wud prolly mean its very big or explosive, and cry, which wud mean it wud have bombs inside the bomb… but no one wud think that other than me which i just thought of rn.

Diavalas, do you know the reason for code names?

He/She 's right, it does sound like a bomb name

idk, y wud i, useless info

means its me vs the whole forums, but obv drama not gna happen bc of dat… right???

Uh
Suncry is simply better than you, suncry has a code name for and explosion and it’ll come to your house at any moment. If you try to run you’ll be excited by the suncry bomb that’ll eradicate you from this universe. I have sent 11 suncry membes to your house and they are coming miles per second right at you. I am following them as well, they launched the bomb and this is ur only hope to run or you get boiled by the power of the sun and you’ll be vaporized from this world. They also have lightning, ice, water, snow, earth, and other irl magics and they are gonna come and destroy your house as well. Also they have protection from suncry bomb because they were authorized to use protective shields anything over 5,000 Degrees. If they win they’re gonna be crying and laughing saying hard while saying “skill issue”.

well i have a father, and my father is a general in the military, and hes home rn, and he got guns, we dont need no magic bitc-

Thats why I added a missile to explode ur items

… we got tanks and men in our area