some things to note:
old dagger = all daggers
old spear = all spears
Vistarian dual daggers = all dual daggers
shields do not exist to me as a weapons main
and I have never used Castlian (I wish) or Alalean (fuck them) weapons

Now with that out of the way, let me explain the tiers a bit because I feel superior in this topic. After I am done feel free to treat me with some humility but informing me of how wrong I am.

S: No brainer, the sunken sword is widely accepted by all to be the best weapon in WoM due to the sheer fact that it grants mobility. It is a short magic jump that does damage and can likely inflict bleed. It is the best weapon in the game, no ands ifs or buts really.
A: These weapons have range, solid range at that. Honestly Oathkeeper would probably be an S tier weapon if it had the 3 blast Raging Storm instead of the 7 it has now, which really holds it back. Both these weapons play different roles imo, with a bow used more offensively than an oathkeeper which you should save for when your opponent is attacking (specifically with an explosion/beam).
B: These are weapons with solid close range moves and no real range to them. What holds them back, imo, is the lack of skill really required of them. You run up, click a button, no aim required of any kind. Little brain activity needed to make these work. If you can react fast then they’re easy to use and easy to counter. My favorite weapon aesthetically, the Old Sword, is also in this tier. Lastly I’d like to mention the Crossbow, which I just moved from C to B. It isn’t a bad weapon but it is the most skill dependent weapon in this game imo. If you can aim, use it, you’ll S L A Y people with 150~ per shot arrow with little to any punishment options for the opponent.
C: Dual Daggers are probably the best close ranged weapon in the game, but since their range is so short and everyone who PvPs with any level of skill is a frog or something, you’ll never see these being used. Maybe for throwing but I’ll get more into why throwing weapons are crap when I get to F.
D: Solid melee weapons. Nothing really special about them, honestly big boy stick is my second most favorite weapon, behind Old Sword and ahead of the fucking Sunken Sword. They work for NPCs and that’s about it, but I mean, really all the other weapons do too.
F: Throwing weapons. They are the absolute worse weapons in the game. Honestly spear deserves to be in one tier lower all by itself due to just how terrible the weapon is. Small hitbox in melee, thin but not arrow thin hitbox in the air, 10 SECONDS IN BETWEEN EACH THROW. Not to mention if this is your only weapon then you are now defenseless. THE CRAZY PART IS I SEE PEOPLE WITH SPEARS SO GOD DAMN OFTEN. It’s a tell tale sign that, to me, that person doesn’t know crap. Daggers are also just worse versions of dual daggers in every way.

Anyways that’s my weapons tier list. Side from the sunken all of this is probably wrong since I know jack about meta stuff, I’ve just been using these things for 200 hours now so I kinda feel qualified in this department of PvP. Have a nice day to whoever reads this.

me who’s going for a berserker character, apocalypse bringer wizard, and a shield main 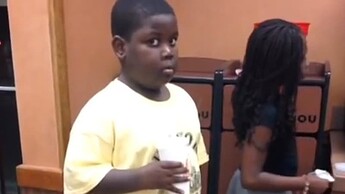 musket may or may not be busted

Depends on how fast reload is imo. It’s more or less the weapon equivalent to a beam. It’s grab has a pretty sizeable hitbox so it wouldn’t be impossible to land. I really kind of see it being used as a free damage tool, like, you don’t get punished for pulling it out, shooting it, then putting it back to wait for it to “reload”. Unless you’re stuck holding that weapon till it’s done reloading but that’d make the gun as bad as a spear, though probably a bit better since it does good damage, is fast, and I doubt it’d have that long of a CD.

F: Throwing weapons. They are the absolute worse weapons in the game. Honestly spear deserves to be in one tier lower all by itself due to just how terrible the weapon is. Small hitbox in melee, thin but not arrow thin hitbox in the air, 10 SECONDS IN BETWEEN EACH THROW. Not to mention if this is your only weapon then you are now defenseless. THE CRAZY PART IS I SEE PEOPLE WITH SPEARS SO GOD DAMN OFTEN. It’s a tell tale sign that, to me, that person doesn’t know crap. Daggers are also just worse versions of dual daggers in every way.

Old dagger is literally the best weapon in the game, I’d take it over sunken assuming a strength build.

sunken sword < every other weapon

Berserker < all other possoble builds

Everything else but Savant < Savant

wtf where is rusty can???

Oathkeeper is definitely not A. More like low B.

Don’t know what motivated you to put the regular vist dagger in B, it’s a C, slightly above (future OhHey says below*) doubles.

Any shield is S, and they are weapons.

it was too high to make it on the list sadly

Singular daggers as a whole are F. Look at the notes for more information

Oath, to me, is an A solely due to how hard it can be used to punish people who use beams/explosions if you anticipate it right. The only thing holding it back from being an S tier is that it’s not the 3-slash Raging Storm tbh, because if it had that it might be a low S.

I never use shields since I can block perfectly fine without them but with a shield I lose one of three ways to attack someone in exchange for blocking like 5 more damage (if it’s a perfect block, 20~ if it’s not and this is for a random/generic shield, not a heavy WoJ). I’d consider shields in AO weapons since you can cause damage but if a weapon isn’t going to be causing damage than it ain’t a weapon, it’s an accessory (not literally though I do think shields in WoM should have been classified as tools).

Daggers can do quick bleeding damage, while I don’t think they’re F, they can easily be outclassed by the branch bow.

Oathkeeper summed up in word is: Punishable. Absolutely punishable. Raging storm lasts longer than you need and does nothing against most magics.

Shields can negate ~1/2 of the damage attacks do. It is overpowered. WoJ would be S tier, if not high A if on this list, easily. Instead of blocking 20 damage, you could block 200.

Rusty can was so OP it transcended the laws of space and time.

agreed, it was even used by jesus and god aka vetex and tigerbaby

RS is insanely punishable, which is why I only suggest using it as a counter and not just a brain dead means of attack. It’s situational but once you get it then it pays off.

Daggers you’d have to throw and throwing weapons just suck. Dagger has no range outside of it’s throw, which has a 10~ second cooldown. So every 10 seconds you can maybe do 50~ damage (if you can consistently land it). That’s by no means good and worthy of C tier, which has weapons that can do much more than that. The crossbow is actually a better alternative (faster, stronger, has more range) and it’s a C tier. Dual daggers is just a completely better version of Daggers and it is also in C.

Shields can negate damage but you could also just block with a weapon and block just about the same amount of damage without sacrificing a valuable weapon slot. WoJ is a different story and I’d agree about that placement if they were on the list, but they aren’t, because I don’t see them as weapons. The definition of weapons is “a thing designed or used for inflicting bodily harm or physical damage”. In AO they are weapons, in WoM they are not.