Dawn Island - The player wakes up on this island in tattered clothes with no memories at all, next to a man named Morden who is in a similar condition. Dawn Island looks similar to Newground Island from Arcane Adventures, except a lot bigger. 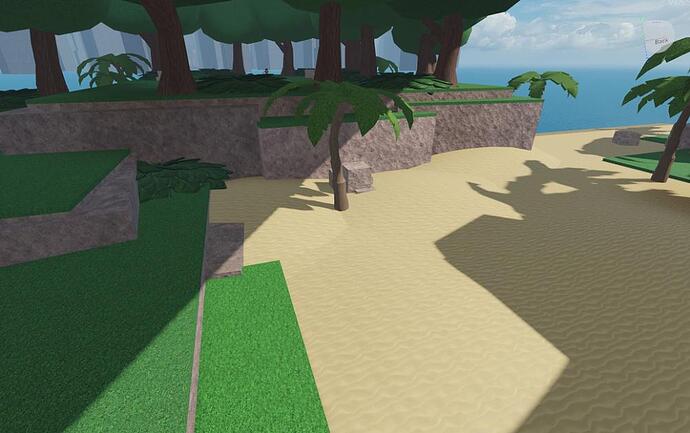 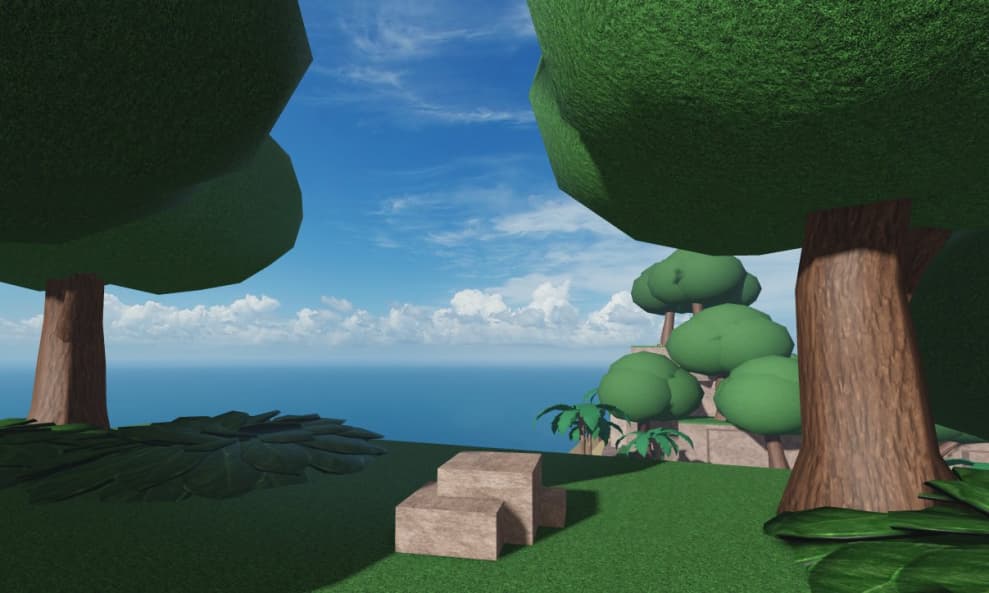 (this one prominently features The Jaws in the background) 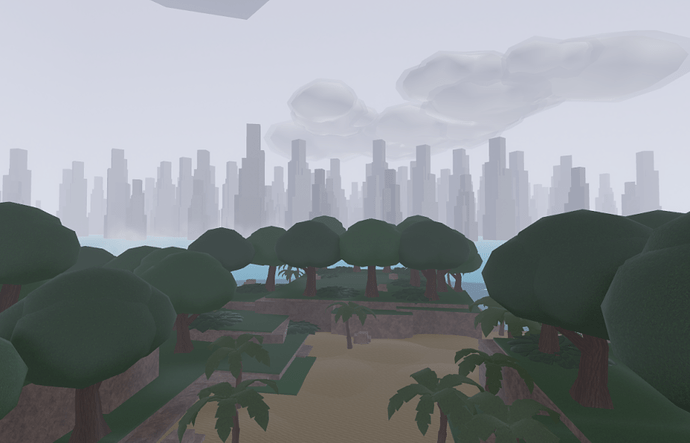 Redwake - A wooden port town nestled in The Jaws, a cluster of giant stone spires. Home to the Jaw Pirates and the Spire Bandits. The story boss “Shura” can also be found here, a ronin samurai. 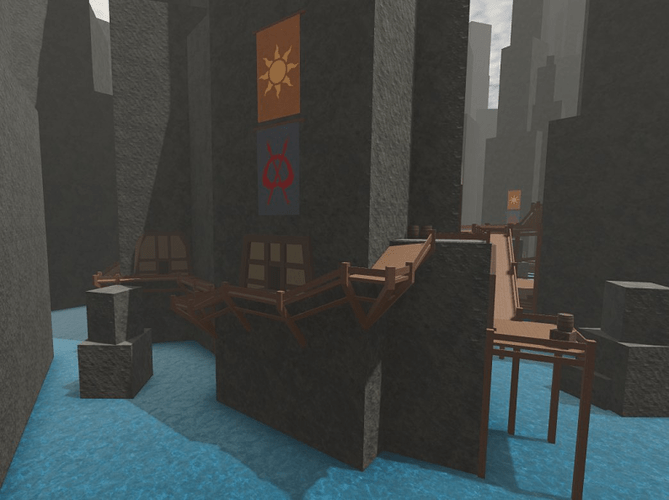 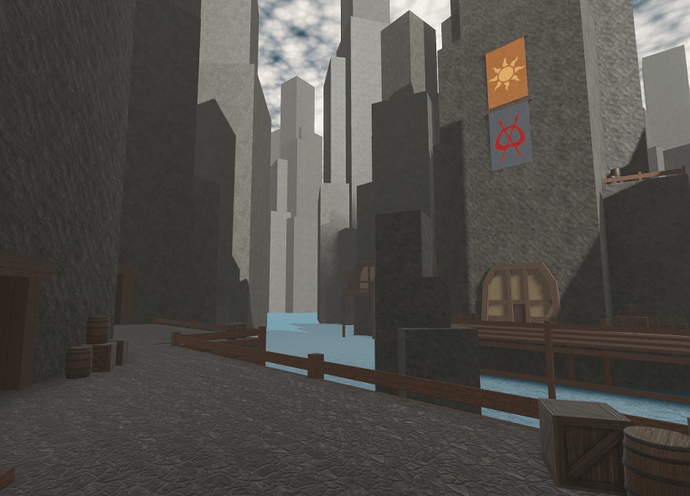 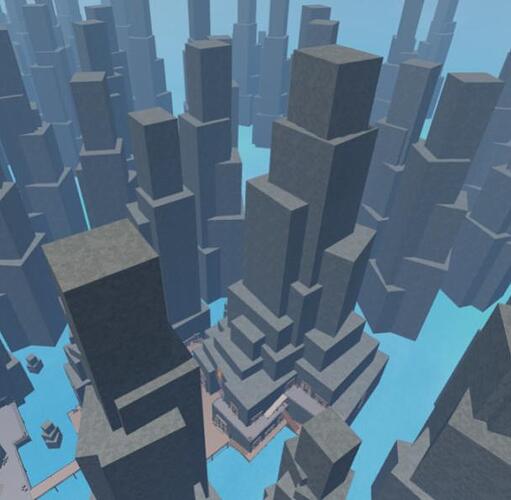 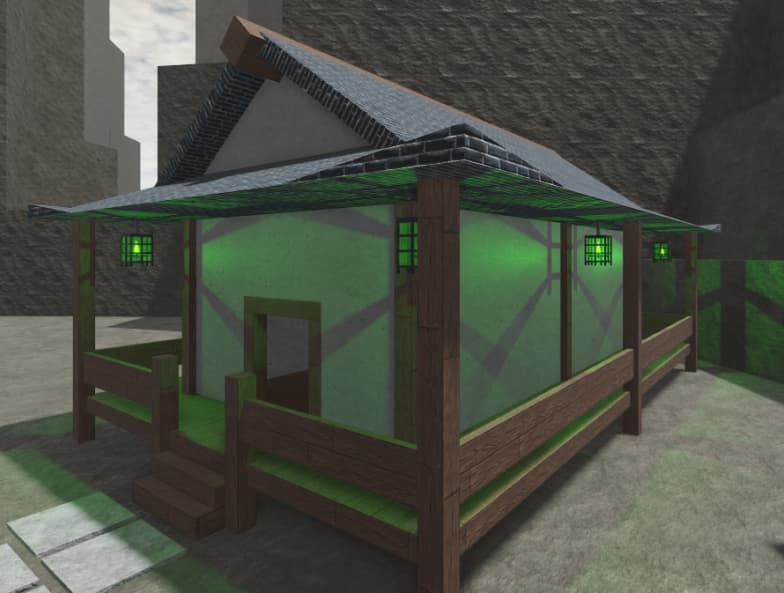 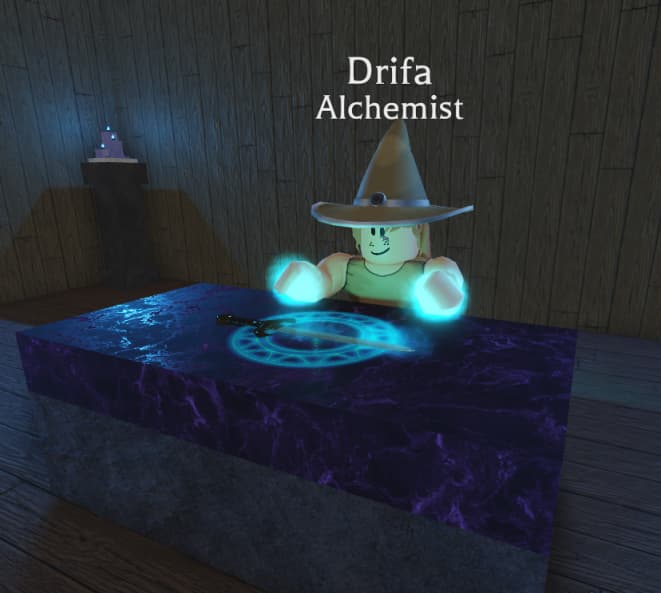 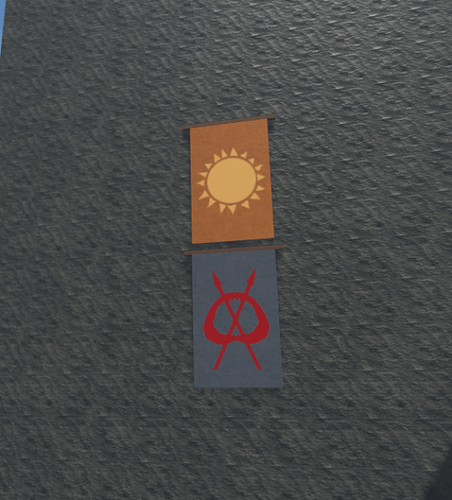 Frostmill - A giant iceberg with a town on it, implied to be owned by the Ravenna Kingdom. There are deep ice mines here. The story boss “Iris the Anomaly” can also be found here, a user of Flare Magic. 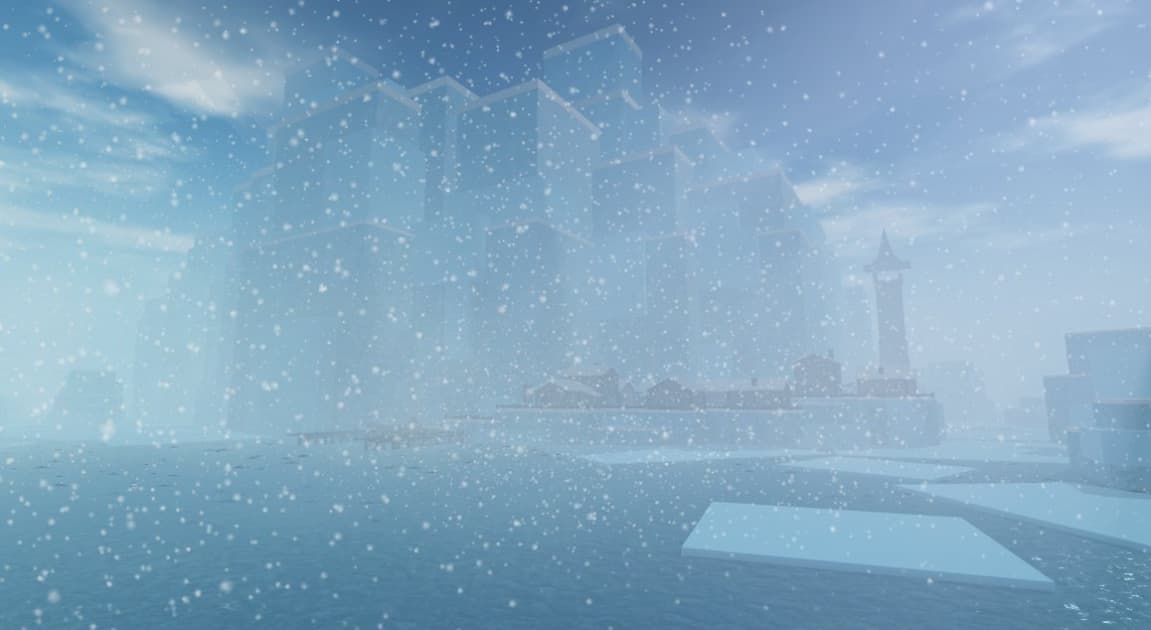 Djin Ruins - No information is known besides that this is a spawn island for a short time during the story.

Fort Talos - A grand fortress presumably owned by Ravenna. There are areas here where you must be stealthy and avoid detection. The fortress collapses after a battle with the story boss “General Argos the Lion of Ravenna”, presumably a Warlord, and user of the Lion’s Halberd, Lance of Loyalty, and Cursebane (only the first two are player-obtainable). 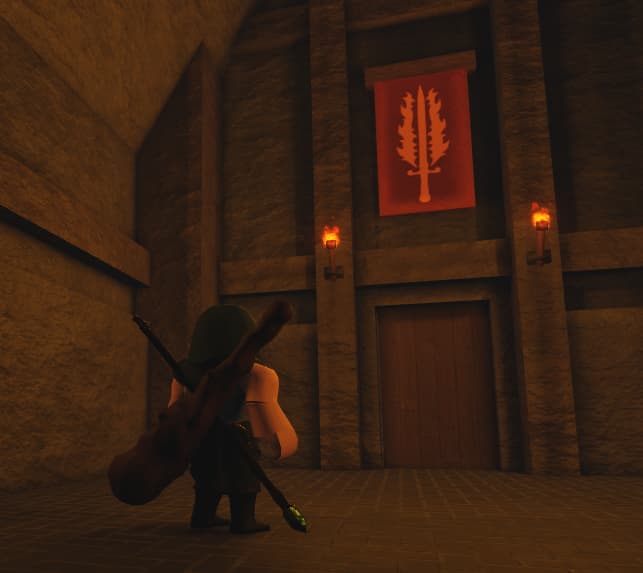 Sailor’s Lodge - Information is mostly unknown, although this is presumably a hub island akin to the Borealis Shipwreck from Arcane Adventures.

Elm Island - Has one NPC who gives a side quest. Nothing else is known.

Forest Wilderness - A large island with generic trees and tall stone pillars connected by a series of bridges. 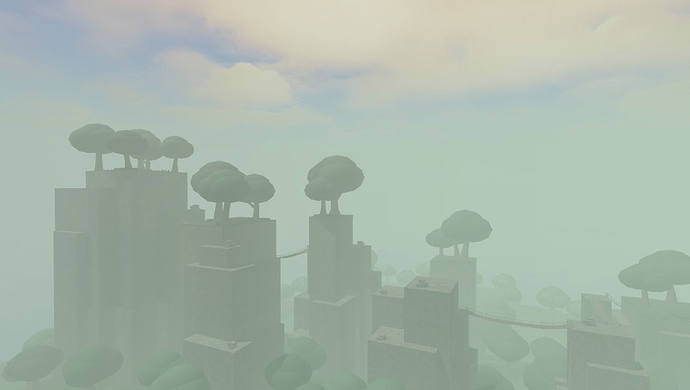 Akursius Keep - A horror-themed island with a giant fortress, presumably abandoned. The sun (and presumably the moon) glows red in this area, and it is heavily implied that this area can trigger insanity in some way. 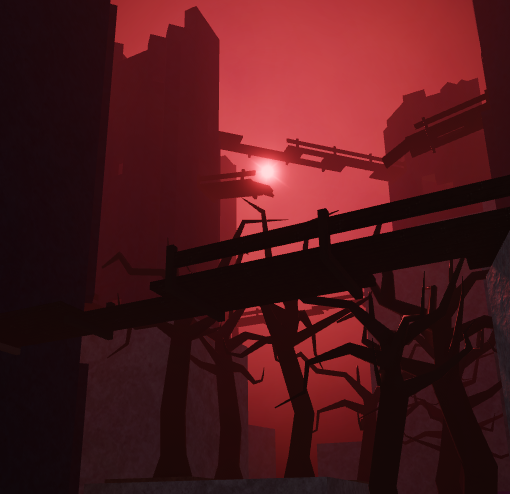 Palo Town - A merchant town where Red Apples grow. The Bronze Fishing Rod can be purchased here. The island has a huge, natural dirt arch. The houses are mostly two-story and are beige with colorful roofs. 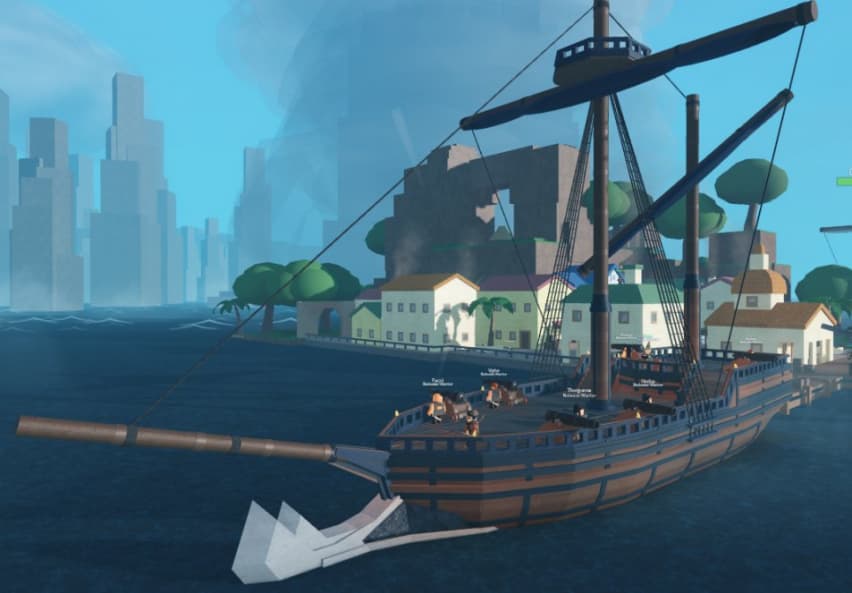 The Stepstones - A giant mountain that goes past the clouds. Sky Apple trees grow at the top.

The Myriad - An ancient sky library, said to contain every book ever written. A large tree grows at the center. It is theorized that Randal–a historian, book author, friend of Theos, and user of the Growth Curse–had a hand in this library’s creation. 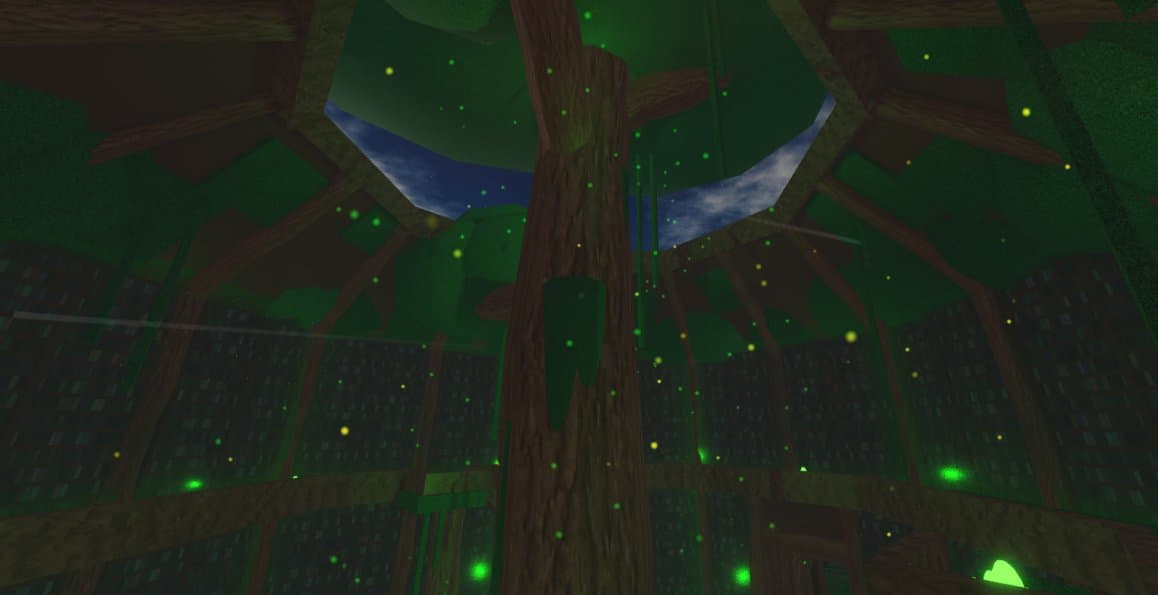 Sky Wilderness Islands - There are various unnamed sky islands, notably one with an arena and one with pine trees. Some of these islands grow Sky Wood, Sky Lemons, and Sky Pinecones. Presumably, one of these sky islands contains the story boss “Elius the Ravenna Noble”, presumably a Conjurer who wields and drops the Stormcaller, Noble Thunderspear, and Scimitars of Storm weapons. 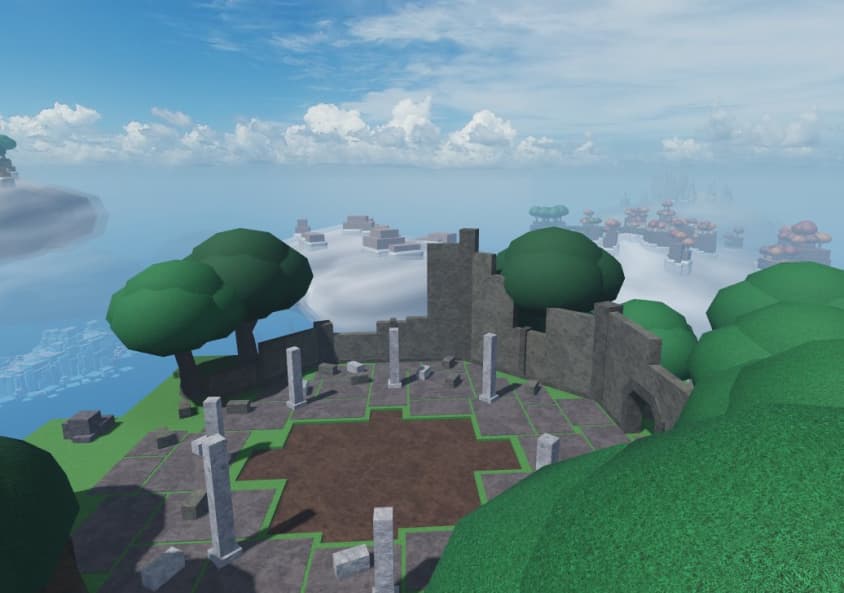 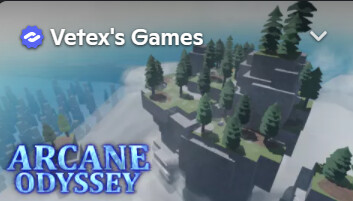 Forest of Cernunno - A forested island with wooden huts and a side quest boss, “Cernyx the Archon of Greenwish”, a Warlock who fights with Earth Magic and an unknown fighting style.

Darkpine Isle - No information is known. If you have something to contribute please let me know!

Goso Jungle - A jungle island where oranges and watermelons grow. A Fighting Style Mentor can be found here.

Sandfall Isle - A desert island where Ice Smugglers can be found and killed. 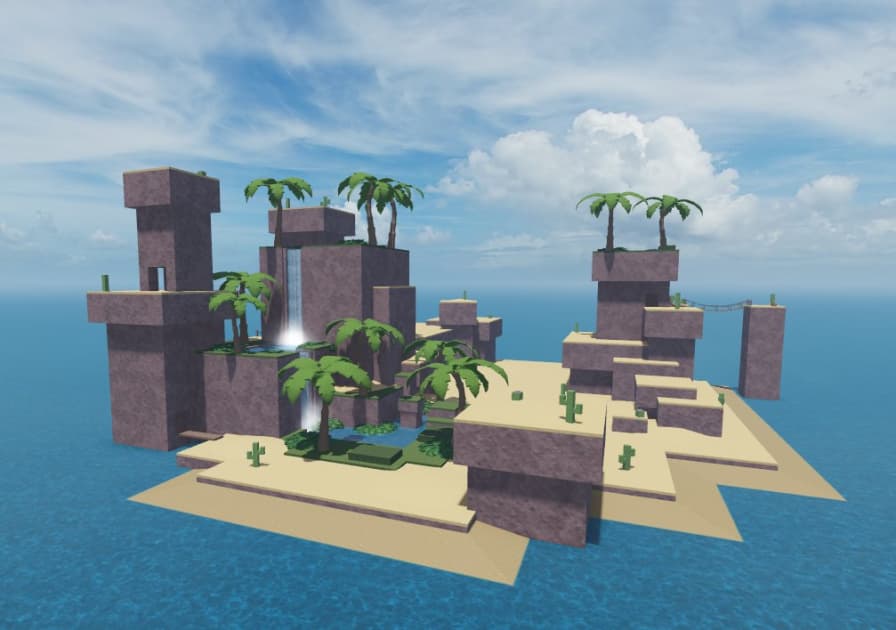 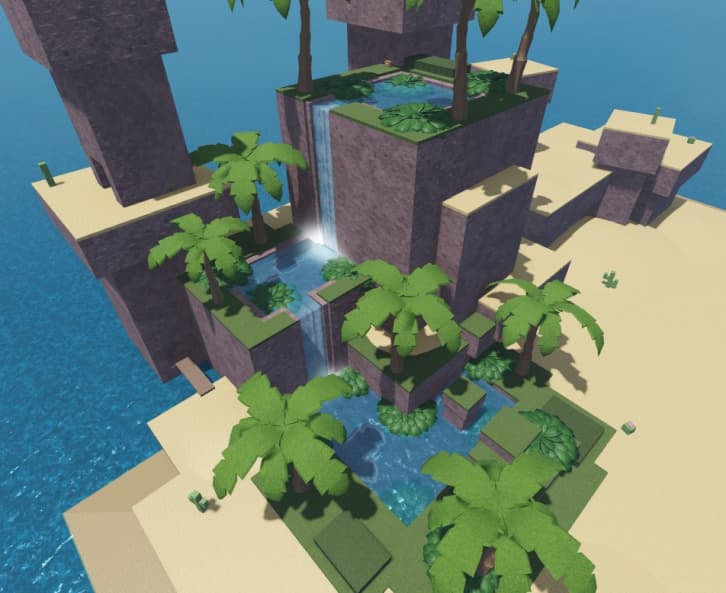 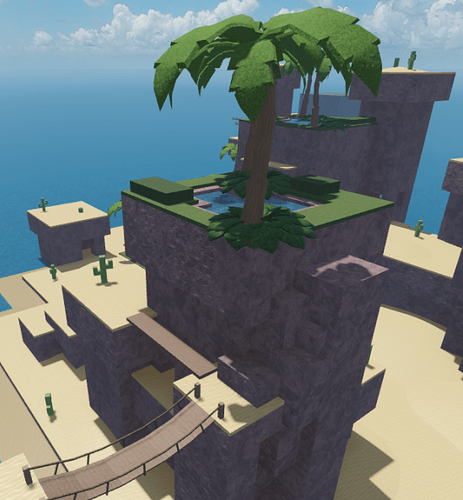 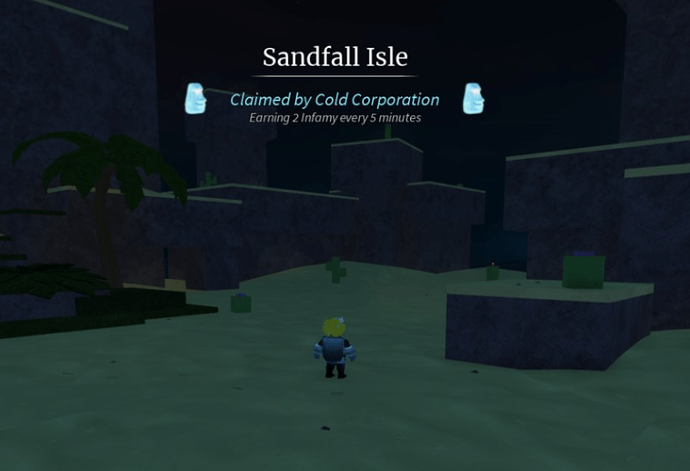 Whispering Caverns - No information is known. If you have something to contribute please let me know!

Thorin’s Refuge - No information is known. If you have something to contribute please let me know!

Harvest Island - A plateau island with huge whirlpools and bridges connecting the pillars. The trees are autumn-colored. 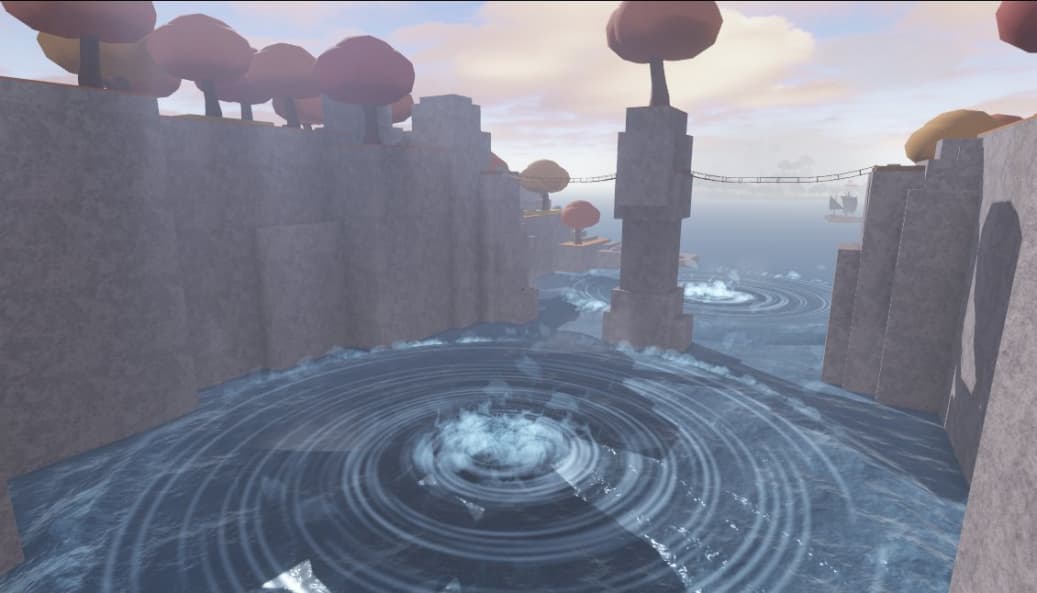 balls for going through all these

Im pretty sure its Sandfall

Sandfall Isle - A desert island where Ice Smugglers can be found and killed.

well where else would you smuggle ice to 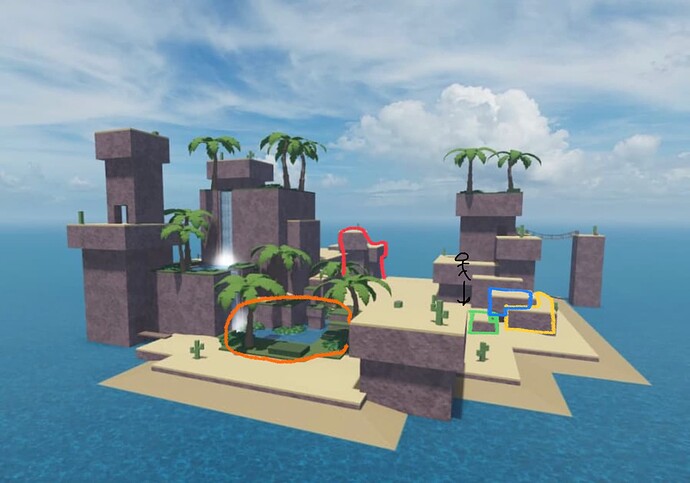 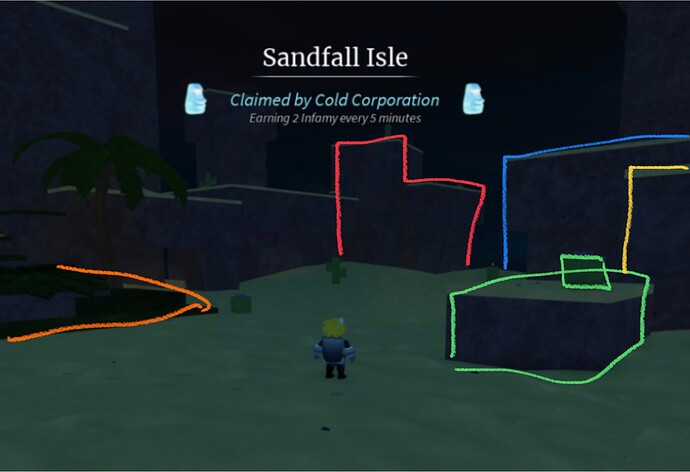 look, its not a leak, its uh… using landmarks?

Ohhhh, I see it now. Thanks, I’ll update the post.

Bruh, i remember someone calling it sandfall long before “Cold Corp” leak.
Cause wiki always used “Sandfall” as name for this island