I own Doge Nation now done a lot of stuff including banning doge king and improving the guild in general through suggestions from new and pre-existing members, I’ve also banned Doge King cause:

image854×106 22.6 KB
the above includes spamming my DM’s for 5 hours begging me to give him a headless head inexchange for ownership of the discord servers AFTER making me King, and trying to hide the fact that he’s just being a rat by saying stuff like: 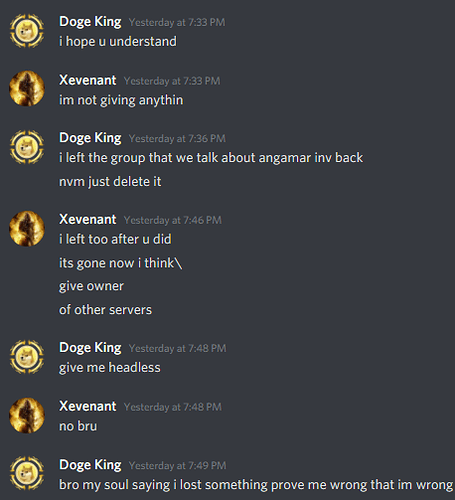 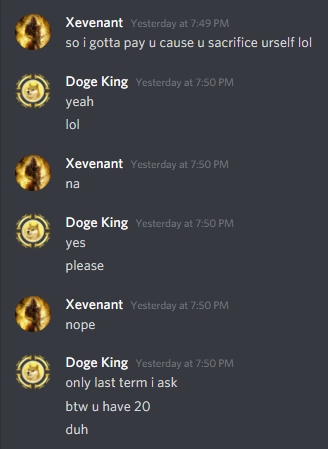 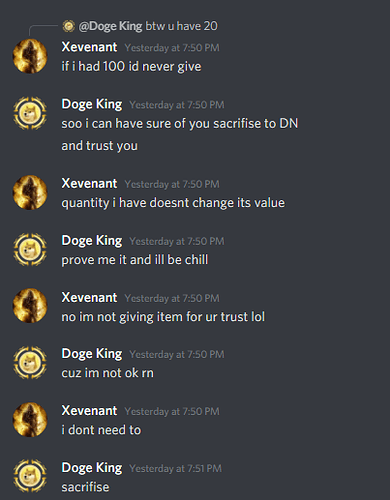 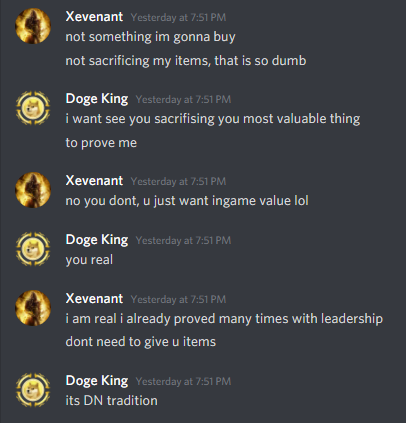 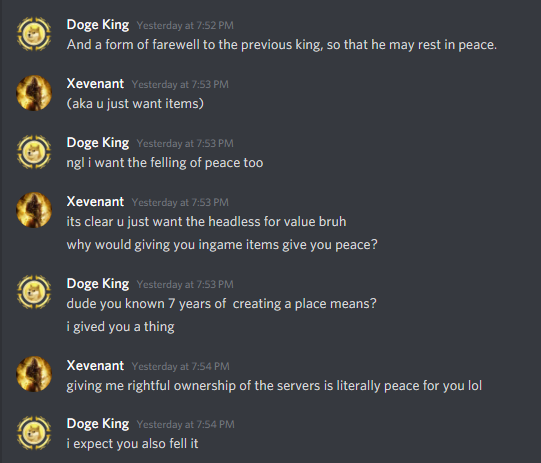 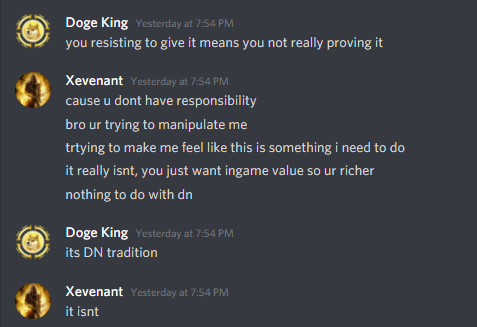 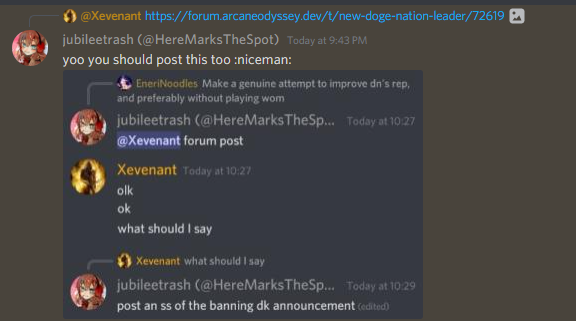 My opinions on Doge Nation have faded

WHAT DOES DN MEAN? 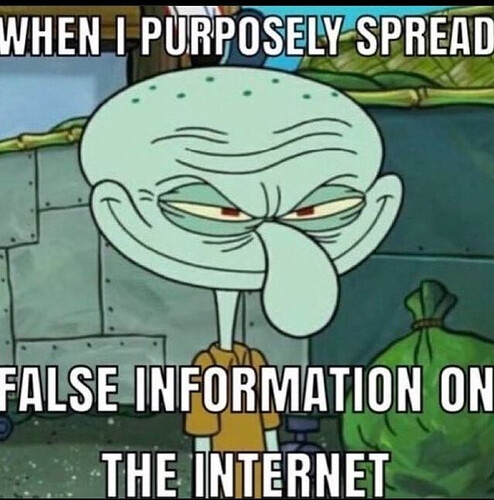 always hated the way he talks

You’ve got a good chance to give DN a proper name for itself
including changing the name.
Good luck.

Yeah change the name. Like that people won’t see you and think Oh it’s “that” guild.

the guild is saved