I just played the game again for the first time in months and this idea came to me after using the torch for a while in the game, why not give torch an M1 attack?

It’s not too complicated to add and this would be a nice thing to add for torch since someone would atleast want to use the torch to burn people and im one of those people who want to do that.

I want to become an arsonist, take my vote

I mean it could be an easy way to petrify

I don’t need this since I am going a full heat based combo, but it still sounds cool so take my vote

Me when torch fighting style 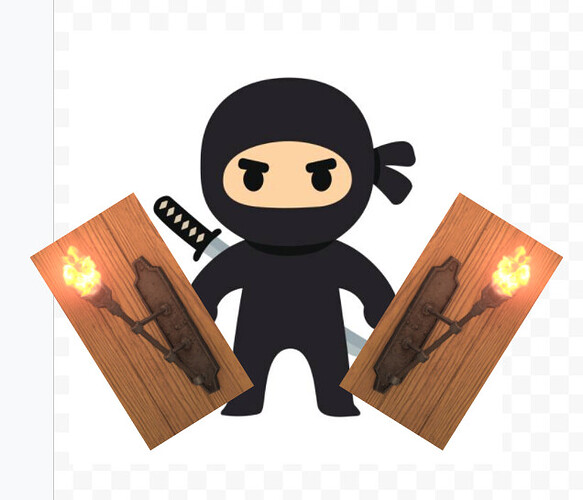 unnececary but sure, like danny said, it would be cool if they could be used alongside fighting styles

Was planning it to be a unique feature only like let’s say allowing non fire-based magic users to atleast burn materials and if possible there’s a quest regarding burning something, torch will be something that could be used.

If it does become a fighting style, I can think of a fighting skill of using oil that’s stored in your mouth and then blowing it all out to create a breathing attack.

Unecessary as hell, but a gorgeous easter egg nonetheless

we gotta do that epic prank of burning someone’s house down, i’m siding with this

YES!
Not having to use my mana to burn stuff down would be incredibly useful and entertaining.

Idk about the burning thing since it would be currently the only thing able to apply a status effect other than bleeding without having the specific magic linked to it. I mean it’s not op or anything but it’s odd.

On the other hand, we are getting a second magic next update so it wouldn’t be like adding the only way to have reliable magic combos (other than bleeding again), but still.

aw hell yeah this is aweosme