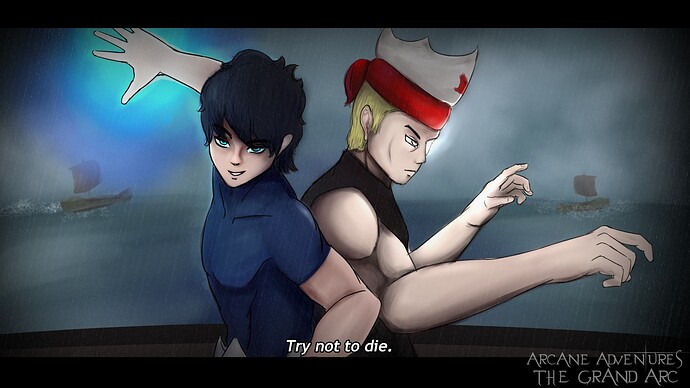 Hello again, back to this type of stuff. Lower effort in general but I learned how to background a good bit. If you guys remember, The smug mf is Colt, aka Tech with Morock on hand. If you also remember my 5 Grand Users Design post, I kinda made a story out of it, but constant doubts slowed me down to hell. This is just a lil scenario I imagined and drew. Will there be more? yeah sure. A potential webcomic? maybe.

Holy shit, well done as always, glad to see you doing art again bro, good to have you back around!