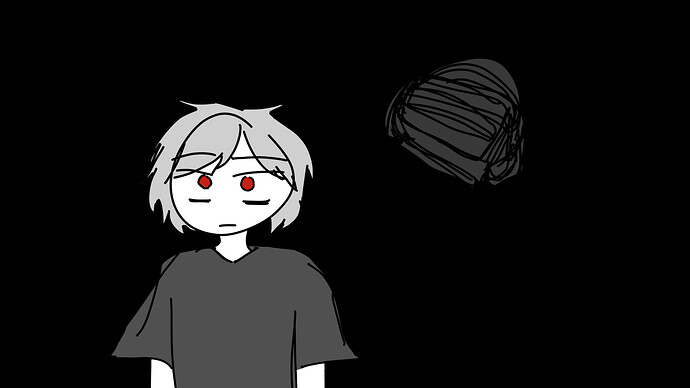 We meet again.
From this point, Carson will follow this plan he only just came up with.

“You think you could do that?” asked Ace.

Ace didn’t reply for a moment, as he stared at Carson—like he just said something wrong.

“Nothing. You know where to go next?”

“Hmm. I could search around the Whispering Forest, or head to the older camps I remembered—”

“Just head to the Bronze Grasslands. If they’ve moved, it would be within a few days from there.”

After being thanked, Ace was silent again. Carson couldn’t tell what was up with Ace and going quiet all of sudden—he was like this when they were still at Silent Tower too.

After his last words, Ace gave Carson the documents he showed earlier. Then Carson decided to head home to prepare things. As he stepped outside of Ace’s house, Ace’s words echoed in his head.

Carson couldn’t tell if he needed that reminder, but he certainly didn’t know how to react.

Once Carson got inside his home, it was silent. Both John and Virgil were busy with their own jobs, so he might as well use this chance to prepare himself. Then he could head to the Bronze Grasslands later.

First, he headed inside Virgil’s room (that doubled as Carson’s room) and placed the Art of Charms book on the table. Out of curiosity, he skimmed through a few pages of it. But once he realized he understood nothing, he closed the book.

Now that it’s just Carson in this house, he often had to tinker with some items. Picking up an item, strolling around the house, placing an object down, doing something—anything to occupy his mind. But with a goal in his mind, he began to prepare things.

Food, water, daggers, maps—they were enough to accompany his mind for a while, as he packed them in a bag John gave him. It’s always nice to have something to carry things, now that he had something else more than pockets.

Now, he had no idea what to do next. It’s just him and his thoughts inside this room—thinking about what Ace just said to him. Sure, he could just do something. Literally anything. But what should he do next? Should he just leave?

As he contemplated leaving, he remembered the fact he hadn’t told Virgil and John about what he would be up to. If he were to leave right now, they would probably try to track him down. Even if that didn’t happen, there’s always Ace.

Should he just stop worrying, and take the leap?

What’s his next step?

if Carson just leaves without telling anyone he’ll get into huge danger (and because plot) and his friends will suddenly show up to save him because they were wondering where he went.