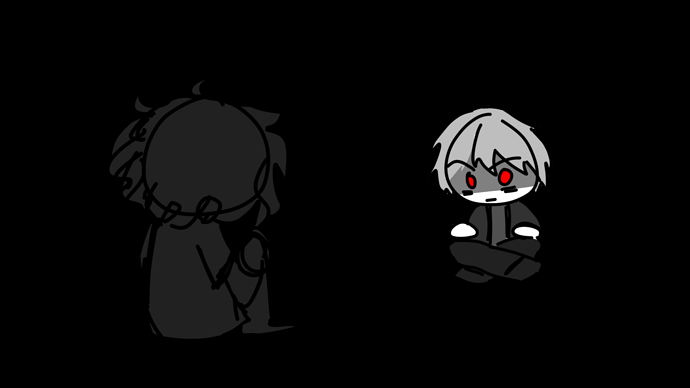 We meet again.
You have chosen the least risky option for Carson and Markus, which is good.
More peaceful time, and more time to settle things out…

As Carson thought about heading to Mount Seawatch next, a few arrows from the woods flew towards them—making Markus push Carson away from the arrows, before he threw a few flame spells at the pursuers who caught up.

Noticing how weak Markus’ spells actually were against the pursuers—Carson cast Wind Blast spells towards each of the opponents, knocking them away. Then he dragged Markus towards the Mount Seawatch.

Across the grasslands, and into the forest surrounding the mount, they continued to run and avoided any camps they spotted on the way. Whether they were bandit camps or Magic Council scouts’ camps—Carson couldn’t trust any of them.

As they headed further into the forest, they looked for any clear spots for the night. Occasionally, Carson picked up a few coins on the ground and searched for any bags left forgotten by the travelers, while Markus fumbled through the bushes to grab some things inside them. Once they noticed there was no one else nearby, they slowed down and looked around.

A wooden house caught Carson’s attention. Despite its broken state, it seemed to provide a decent structure for both of them to rest for the night. Once Carson and Markus made sure no one else was hiding inside this place, they stopped there.

As Carson placed his bag down, he was offered something inside Markus’ fist. “What?”

Markus unfolded his fingers, revealing some blueberries he had snatched from the bushes. “Your favorite.”

Carson smiled before grabbing the berries and eating them. He hadn’t eaten ever since he left the house, so this was a pleasant treat. “Have you eaten anything?”

As both of them wind down in this abandoned building, Carson remained alert for any outsiders. And they continued to talk about each other’s well-being, like where did Carson go after his arrest, what was Markus doing, and so on. As someone Carson had opened up to, he told Markus about moving into a house with John and Virgil. But with Markus’ background as a Sun Rage bandit—who seemed to loathe the Magic Council with their entire identity, and Carson couldn’t tell if Markus hated them too—he avoided mentioning Ace.

“Not yet,” Carson replied, changing his sitting position. “I still have to track down the Crescent Squad member. You heard of them?”

Markus’ gaze seemed distracted for a moment before he shook his head. “What’s with them?”

“I’ve figured out those guys were behind the attack, and a friend told me some of them are in the Sun Rage.”

Markus only nodded. Carson was expecting questions from Markus, but he might as well continue talking.

“Have you suspected anyone of changing their backgrounds and such? Or maybe, the ones with weirdly clean backgrounds?” As Carson asked, he realized one thing. He had told Markus about his own memories before ending up with Sun Rage bandits and some parts about his childhood. But with Markus… He couldn’t recall anything else about him, aside from his life as a Sun Rage bandit, and his goal to be free.

“Hmm…” Markus’ thinking expression seemed different. The way his mouth twisted seemed off, and Carson couldn’t tell if he had seen Markus with this exact expression before. “No?”

Carson could’ve suspected Markus right away, but… he can’t be the one who attacked his family, right?

“Horrible? I mean, your family was gone after that, right?”

“No, I meant like—anything not related to me and my family. What’d you think of it?”

“Huh. What were you doing then?”

“Eh, it’s not like I could remember the specifics on that day… Probably with the Sun Rage, doing our usual jobs, you know.”

The more Carson noticed Markus’ mannerisms, the more he couldn’t tell if Markus was actually a suspect.

Carson dragged himself away from Markus a little, looking away. With how Markus sighed, maybe he was nervous. Aside from Markus taking his time to breathe, he didn’t hear Markus moving anywhere. Despite how much Carson wanted to ask what’s been bothering him, it could’ve backfired right away.

“Carson,” Markus said after a long exhale. “I have… one question. Just one.”

“Go ahead.” Carson turned back to Markus, already expecting the worst.

“Say, if you found the Crescent Squad member, what would you do with them?”

What should Carson answer Markus with?