So, we’ve finally arrived at the creation of the first Fighting Style skills. According to the Trello, it seems the UI for fighting styles is quite similar to magic; there are 8 skill slots where you can create skills, and there’ll be 6 basic skill types available. 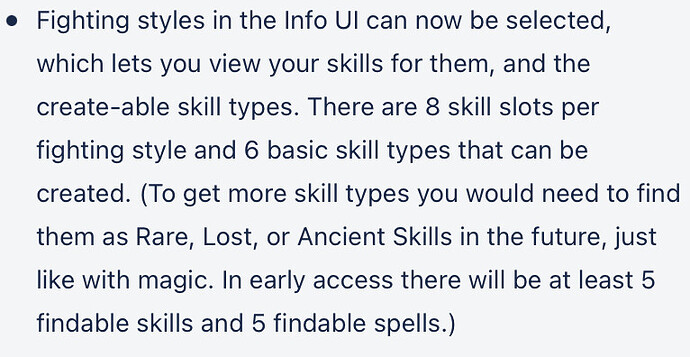 With this being known, I want to know what everyone thinks these 6 skills are. Here are my predictions;

I couldn’t really think of many unique or interesting ones, but this is what I ended up with. What do you guys predict the skills will be?

While I am a fan of these I feel like there should be at least one utility option. Magic has two in Magic Jump and Aura. An aura-like skill doesn’t seem too far fetched for fighting styles though. Not sure what it could be called though.

confirming that warlock is winning

Ain’t bad either but Vetex is already getting too awfully close to Pokemon, don’t think he wants to fly too close to the sun now.

JOJO IS THE BEST FUCKING ANIME

But it was me, Dio​:bangbang:

I was thinking of Saitama’s consecutive punches and you had the entire JoJo anime just fucking your mind.

And a guarding style for defense like that aura

Or it costing energy?

Isnt it the same thing

Like I said, it’s after awakening, until then fighting styles and weapons require stamina to use but after awakening all builds use energy cause of balancing purposes and also to make some things have purpose all around like wave magic that’s supposed to drain energy, it would be dumb if it just had nothing special against weapon builds, plus it’s also to simplify hybrid stamina/magic builds more just so that there isn’t multiple things to consider when using attacks
I have a feeling that it’ll be used to explain how non magic builds damage curse users as well but we’ll see.

makes u focus on just one bar instead of two and helps tie dashing, t-jumps, attacks, etc. together making u think about ur actions more instead of mindlessly doing stuff without consequence.

from a lore perspective using magic tires u out physically as well cause u can collapse and be weakened when ur out of magic energy and what not.

who cares about fighting styles 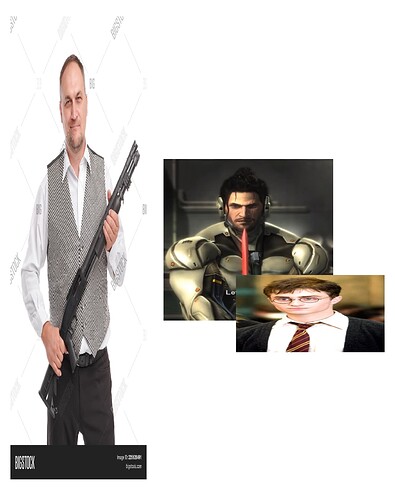 just block the bullet with fist, or if you cant then just dodge