It’s an attempt or nothing.
He had to save Jean.

With the last bit of consciousness, he used it to push Kat’s hands away and forced himself out of the sea.
Everything seemed to blur and spin as he caught a breath, and looked for Jean. As he couldn’t really see anything right now, he shoved away Kat’s attempts to hold him back.
And finally, he noticed Jean’s darker blonde hair with his blurred vision. She was high above for unseen reasons, until Rael slapped himself to try to regain vision.

Jean’s cloak swung around with the Minotaur’s grip, and she’s left hanging from there. Dizzied from the sway, she cast some misaimed ice blasts with blurred spell chants.

Rael rushed towards the Minotaur, climbed on his leg, and grabbed his prisoner clothes here and there to reach the Minotaur’s grip. As the Minotaur noticed Rael climbing on himself like a small animal, he dropped Jean from his grip, yanked Rael away from his clothes, and dropped him to the sand too.
As Rael finally got Jean within his reach, he picked her up, and hurried away from the beach. He didn’t have the time to focus on what Kat or the Minotaur might could have said.

He followed the route he used before, as Jean finally hold herself up after the motion sickness, and found herself being held. She was too much in a shock to interrupt Rael’s run, plus he held her like he couldn’t let her fall at all costs.

Moments later, they arrived at the Silent Tower’s entrance. Rael stood there for a while in a soaked state, and drained. Though, Rael didn’t put Jean down, until he noticed Issac standing in front of him.
“I…”
Issac stared at Rael with his unstable stance, and Jean who’s still being held tight in his arms.
“Rael? You good?”
As Issac poked Rael, his arms became looser as Jean got away and stood up. After being out of Rael’s hold, Jean approached Issac with a face that seemed to hold back emotions, and hugged him.
Issac could feel Jean’s shaken grip, as he held her with one hand, distraught by the tears that seeped through his outfit. Despite how much he’s worried about a family member, he couldn’t ignore Rael standing in front of him, who’s growing disoriented.
While Issac was panicking about what to do next with the two of them, he sensed a glare towards him. It was his fellow soldier, Ace.
“Uh, hey.”
Despite Issac’s attempt to stall the time for his brain to think about the next plan, Ace was still staring at him, saying nothing.
As Ace was about to walk away moments later, Issac interrupted, “I’m bringing these two home. And tell the captain that I’ll be back soon.”
Ace nodded with an unmoving expression. And that’s enough to bring Issac some relief, until Rael fell over towards him.
.
.
.
Rael woke up in an unfamiliar bed, as something about his face felt off, but he didn’t pay much attention to it. He then looked around the tidied bedroom, and something about it felt familiar. He couldn’t pin down its familiarness, until he left the room.
It was Jean’s—no, Issac’s house. And he found Aurielle sitting at the dining table with Jean, discussing something. But he could pick up a few words like ‘second magic’ and ‘next quest’ from their talk, until Aurielle noticed him standing behind.
“Ah, good morning! You looked pretty bad yesterday, how do you feel now?”
As Aurielle asked the question, Jean glanced at Rael’s face before looking down.
“A little off, I guess.” Noticing how Jean just looked at him, Rael touched his face as he didn’t bother looking for a mirror, and he felt the bandages.
As his fingertips traced where the bandages were, he remembered Kat—the person he was supposed to know, according to all the things Kat said to him. But he couldn’t recall anything about her prior to yesterday. Even worse, Rael’s thoughts refused to think about her any further, as if his brain was hiding something he wasn’t ready to acknowledge.
It’s something, something about family. Kat did mention something about her family too. Why would she ask about—

Aurielle interrupted as she grabbed a letter, “Wait, Rael. I got this from a quick run to your village last night.”
“Doom village?”
“Mhm. Didn’t take too long to contact your family about yesterday’s events, then the whole thing with me dragging you two around for quests…”
Rael could hear some guilt in her voice, as he accepted the letter.
“Other than this letter, they gave you this too.” After giving him the letter, she handed him a wooden sheath with a dagger.

The wood’s texture and the sheath’s design reminded Rael of home. And as he flipped the sheathe over, he noticed “Osman Mills” carved on it.
His eyes widened as he noticed his great grandfather’s name on it. If it were any other dagger sheathes, he wouldn’t be this caught off guard. From what he could remember, his family wouldn’t let anyone touch his weapons. Unless…?
Rael checked out the letter, signed by Violet Mills—or his mother. And it could be summed up as a letter to wish him well, both for his currently bandaged state and his future quests. His family seemed to be doing well, like usual. And for the dagger, it was mentioned that his father forgot to give him it before Rael was away, but it didn’t mention why his great grandfather’s weapon specifically. But whatever reasons it may be, it’d take a whole other letter to explain the great grandfather’s situation, considering the myths surrounding that man.
After the letter was finished, he noticed Jean looking at him with a subtle interest, and Aurielle smiling.
“Did they ask you to come home?” Aurielle asked, a bit nervous.
“No?”
“Oh, alright then. I asked Ms. Mills if she’d like you to continue the quests with me, but she only told me to give you this letter, haha…” She glanced at Jean, who only replied with a nervous chuckle. “It took the whole evening for Issac, to let her come with me.”
Now that Rael thought about it, he hadn’t confirmed Issac’s relationship with Jean. Since he knew both of them as a friend and a comrade on separate occasions, and both of them lived in this house, so he might as well ask. “Uh, is Issac her dad?”
Jean shook her head. “Not really, we’re cousins. But hmm… He’s more of a brother than a dad?”
“Oh, alright.” After the family topic had passed, what’s next was…

“So Issac brought me here?”
Jean nodded, as Aurielle continued, “Mhm, and he helped out with some messier parts too. The whole Silent Tower situation was messy for everyone. But hey, the recovery’s on the way, and they sent out the squads to track after the Minotaur and others.”
She grabbed out a metal coin from her bag. Jean recognized it as the coin that burnt everyone nearby with its magic. “We’ve snatched some of the items from them too. This one was an… Interesting use of Arcanium, from what I’ve heard.”
Aurielle then spun the coin on the table, and sparks of light magic emitted from it.
She passed the coin to Jean, and gave her a try with it. As she tossed the coin on the table, it sent out a tiny ice magic blast, then it fell down and melted away.
And it was Rael’s turn. As he accepted the plain-looking coin, he felt some kind of a tingling sensation in his palm, and placed it down. The coin then tossed itself, with traces of wood magic energy seeping from it in the air, and it flipped.

“You saw a large magic circle coming from it, right?” Aurielle asked Jean, answered by a nod. Followed by the headache gesture. “God, what is he up to…”
But the short headache passed, as she took a deep breath, grabbed two maps from her bag, and revealed them to the two.
The maps consisted of a route towards the Marshlands, and another route towards the East Peninsula.
“We’ve got two places for the next quest, but…” She turned to Rael, looking at his bandaged face. “You can take the time off to heal, though. I’ll get some friends to join us too.”
Rael asked, “What’s the quest?”
“This one is tracking down the recent pirate attacks from those two places. The king said this one was leaning towards an investigation quest, but eh, a lot of these usually ends with a fight.”
“I see…”

Two conflicting options are tied.
I’ll extend this until the time where we may meet again.

that made me curse in my native language

ok my heartbeat rate has lowered, time to post this

Only if I could see it 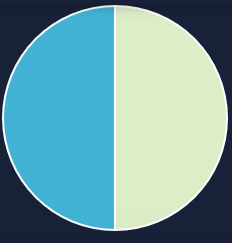 so i made a tiebreaker poll in the main post :allah: