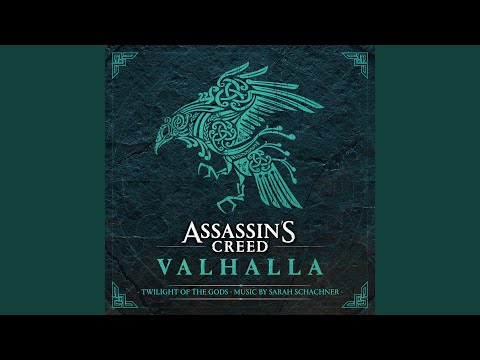 . Welcome back to another anchor of The Odyssey Feed! It’s been quite a while since the last anchor

! This is for two reasons; At first, it was due to a lack of content since Grand Navy uniforms were being worked on, and after that, just from plain old procrastination

. However, i’ve got an anchor for you today!

You also might notice the fancy symbol above… if you haven’t kept up with the Odyssey Feed Hub or the announcements on our discord server, you wouldn’t know that Tobi and Inferno (Not pinging them for the thousandth time) have made brand new logos, navigator icons, and header icons for us

! The support this newspaper has got for it’s whole lifespan is insane, especially now, so thanks yall

Anyways… let’s take a look at our first version

The Grand Navy rank uniforms have finally been finished, so we’re awaiting the inevitable leak showcasing one or more of them

! On top of that, we have a brand new Fighting style technique; Focus! The only information we have about it is its name, and the fact that it came along with an Aura change, which increase the time your Aura is active by 2x, up to one minute

! Based off of these factors, it’s been assumed by many that Focus is probably a temporary buff similarly to Aura 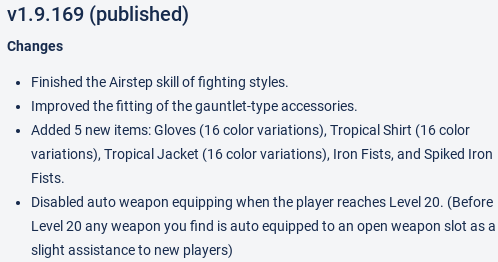 Yet another new technique; Airstep

! Based off the name and how little time it took to make it compared to the others, we’re guessing it’s probably a high jump or something similar. Definitely some great utility moves that fighting styles have borrowed from magic

The fitting of gauntlet-type accessories has also been improved. Additionally, he’s revisted and added more to this accessory type, adding Gloves (16 Color Variations

), Iron Fists, and Spiked Iron Fists. We don’t know too much more about them, but perhaps they hold stats of some type.

Even better, though, we have two new shirt types; the Tropical Shirt and Tropical Jacket, each with 16 color variations! We actually have a brand new screenshot here of a tester completely dripped out in them 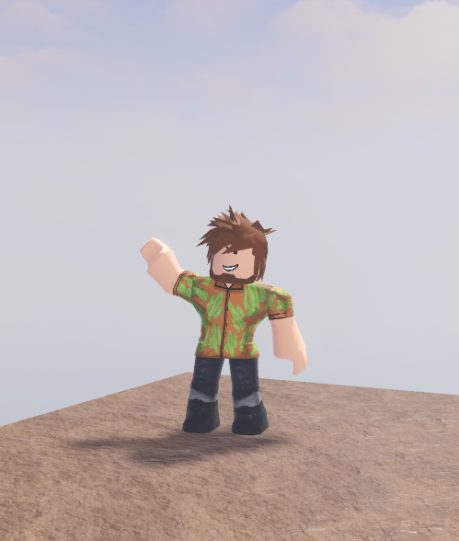 As we can see, the orange Tropical Shirt seemingly has cactus patterns, while the red Tropical Jacket has flowers (?). Perhaps other color variations have different patterns, as well, and they carry over from the shirt to the jacket, and vice versa.

! A super neat pair of shirts

Lastly for this version, an incredible QOL change

… after level 20, weapons that you obtain will no longer automatically equip, as it’s an annoyance to unequip them to look better. However, players under level 20 may have difficulty with the UI or finding things and such, so it’s a win-win

First, you have to be close to a prisoner to break them out of handcuffs by dealing damage. So no sniping them from afar and avoiding the consequences

On top of this, the entire execution sequence is getting a revamp, now that the grand navy is actually being added. There are now executioner NPCs who will announce in chat the details of the execution, including the criminal’s crimes. They’ll also get a chance to say their final words before the executioners destroy them

. What would your final words be in such a scenario

What is the coolest fire magic?
Posted by @OnionRing

There were quite a few fire-based magics in the lost/ancient magic list before it was removed. Scorch, Darkflame, Aethereal Fire, Inferno, Sun, Flare, Blaze, and maybe one or two I’m just not remembering

. So… which is your favorite. Personally i’m definitely an Aethereal Fire or Sun guy. But I’m not exactly the fire expert here. So, what’s your pick

What is the coolest fire magic? Game Discussion

Based on which you think would be the coolest or the best. (Best, excluding Promethean flame, this due to its removal) I’m expecting Everyone to say inferno 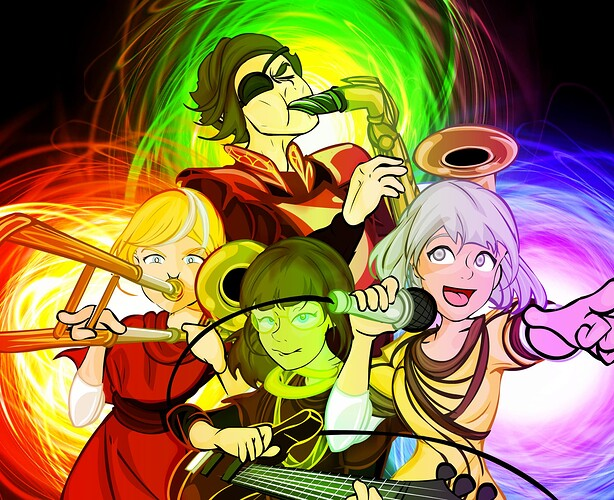 Hearts were Ringing
Created by @LittleShrekSheep

It’s that time of year again, which means Trollus adds yet another character to their talented band :music_notes:! This year’s addition is Freedrock, who jams out on a bass instrument that I’m not qualified enough to say the name of without probably getting it wrong

. It’s neat to see how their art style has evolved over the years, so make sure to take a look at some of the previous ones as well

[2022_September] Come that time again, the 21st night of September! Dance along with great memories of the past. Who’ll show up next year? Guess we’ll find out then Last year’s installations [Earth, Wind & Fire - September (Official HD Video)]

Once again, BNT is the champion of the writing category and gets in here yet again. But as always, it’s a banger

! You’ll have to find out for yourself the events in this newest masterpiece by Black Night Tarwarn

[image][image] [image] [image] With nothing to add between Carson’s and Virgil’s exchanges, John used this opportunity to get up and walk away. And when Virgil took notice of him, he only told him he was heading off to sleep. Once John arrived inside his bedroom, his body dropped into the bedsheets, as he stared up at the ceiling—his thoughts all messed up. He knew he had to go to work tomorrow, but he still felt the rush of excitement from the fight—that lingered, even now. Did he find th…

Last anchor’s riddle solver was @Maple! Congratulations for being the first to crack it! The answer was… ”Ultimate Art”!

Server regarding The Odyssey Feed, a news thread for Arcane Odyssey on the AO Forums. | 64 members

That’s a better answer than the actual one…

If true, I wonder how it would work.

What would your final words be in such a scenario

The cake is a lie!

cool new icons, the old ones were like 16x16 pixels so im glad to see them revamped

thats not even a bass instrument thats a saxophone lmao

i think they just misspelled brass

super neat shirt type, and i’m sure the jacket is stupendous as well

pretty sure the open shirt that herodue is wearing is the jacket, is it not?

What would your final words be in such a scenario

“You want my treasure? If you find it, you can have it. Go! I left everything the world has to offer there!”

Knowing this community, grand navy will get mad tired of hearing “MIMHERE ISLAND IS REAL” or “THE ONE PIECE IS REAL”

Seeing the icons and logo all together is surreal.

Man, the evolution from the first odyssey feed to this point just feels quite surreal.

damn there goes my streak