HERE IM THE FUCK. do u not care about me? infamy is just a game thing and abraaham tf just kills me and uses me like the hell a dildo. do u not care about others u ignorant sneeze? cant u tf be nice to anyone i think you have corona or something because you have to go ask ur fat ass mom to go to a therapist to fuck someone and go away. you probably have problems your own like ur mind is not good. im telling u bro go to a doctor and then murder yourself and go the bloody hell away bitch. if this is what u want to do, hurt other people? then ya better go to hell they like it there. so for god sake dont be so rude to anyone and just go play adopt me. AND NO IM NOT OVER IT YOU HURT ME I HAVE PROBLEMS IRL LIFE AND THIS IS HOW UR DOING? LIKE A DEBILE U TYFUS NERD! GO DO THIS SHIT SOMEWHERE ELSE CAUSE I DONT LIKE THIS AND UR BEING FUCKING RUDE TO SOMEONE WHO IS ALREADY HURT IN THE HEART

Welcome to the arena i am the boss.

Scenario: You've become Vetex. What do you add to the game?

As for the people who wondered why they’re shipped when they are fighting each other in the game, well that fighting was just an act they put on since they don’t want people to know about their forbidden love. They may say stuffs like for example exiled saying he’ll defeat minotaur, that’s just him convincing people that they don’t have any special relationship.

When they’re finally together privately, they become a lovey dovey couple and do romantic stuffs, and eventually they’ll finally do the forbidden action~ Kyaaaaaaaaa~!!!

World of Magic is terribly designed compared to AA

Kash these nuts on your face

I am here to announce that I got my wife, (an MC Captain), pregnant. 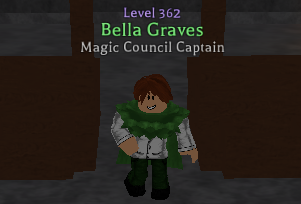 Explain the most regretted decision in your life

It all started one day, two years ago at this point I believe? Pretty innocent, I was just playing roblox and I noticed this new game called “Rogue Lineage”. Everyone was either hating on it or praising it and I wanted to see why.

I bought the game and spawned in this town called “Alana” and immediately got the everloving shit kicked out of me by a bunch of people there, before I was allowed to progress. After that, there were some laughs, but I started progressing, joined a house, got my first super class, everything a normal kid goes through when they first try rogue lineage.

I think things were taking a turn for the worse when I first got ultra spy to follow the meta, because sometimes I would wake up in the morning with no memory, only to be told by my friends that I had been ganking until 4 AM. That was just the first night, many were to follow.

My grades started to drop, my health started deteriorating, in hindsight this would have been more manageable if I was 21 and ready to play rogue lineage, but I was very far gone. Once khei dropped, I was in the general chat of their server spamming “get gud” and “Uber oni bossraid”.

After that, I can barely remember the 6 months of khei gameplay, where I was in a gaming stupor. Every day it was the same thing, wake up, play rogue lineage in khei, go to sleep. My social life dropped. I should’ve died, but I didn’t. Eventually, I was given a chance to get better when I was pulled over for texting my rogue lineage house in the group chat. I was let off with a warning and put into therapy to recover, and I slowly drifted away from using rogue lineage to cope with playing rogue lineage.

My life has never been better since I stopped playing rogue lineage. I no longer wake up with headaches and regret, every day has been joyful and I’ve started to make new friends and regain old ones. I’m happy to say this is my 2nd month clean of rogue lineage, and even if the withdrawl is hard, I remember how great it feels to be alive and happy now, and I’ll keep working to make it better.

Luffy takes over the forums

He really stretched his influence over the forums huh

your ass will be playing roblox and eating beans with toast

If you can’t prove it then your aren’t correct simple as that.

You travel back in time and revert back to your 5-year-old self, except you retain all the knowledge you have already. What will you do differently?

Never go to so-called public school, I never even wanted to go there in the first place, that done, I shall be far more…I don’t know if weightlifting hinders height if you go around doing it before you fully grow but if it won’t…hehehe…WHEEEEEEEEEE!!! Weightlifting is fun for me. :3 So with the I can actually DO something it is time to have some fun…hmmm…OO OO I KNOW! I think I’ll have plenty of fun having relaxing walks. Let’s see…hmmm…simply just enjoy myself I suppose really. Oh and if anyone so much as dares to try to kidnap me for quote on quote speaks in the most mocking voice imaginable “missing too much school” I suppose I shall simply run away from them. Oh and I would totally get my hands on what my fashion sense is…well…if I can somehow find knee high boots that could fit my oh-so wide feet that is…and you know what, while I’m at it let’s just say a particular little thing is no longer the case. Well, time to enjoy my life on the run evading kidnappers.

You Are Tasked With Defending The House Shown, What's Your Plan?

Lets be generous with the force we’re up against and assume that we are dealing with at least 5 rapscallions that have come for our precious 2016 tax forms (it’s the CRA trying to get me to pay my taxes).

Lets also assume that we have around 1 hour before they arrive. Now, our home defense plan will be split into two phases: preparation, and defense

Preparation:
First, we create mixture of maple syrup and sugar in a large pot. We leave this to boil in the background while we make other preparations.

Next, we begin to fortify windows. Any window that can be opened is locked, and we nail a couple of cardboard panels across them. Not exactly durable, but it’ll slow them down.

We also lock all of the doors except for the kitchen entrance, you’ll see why soon enough. The door to the porch is fortified by moving the couch in front of it. It opens inwards, so any adversaries will be significantly slowed by this.

We then grab a lighter and a can of hairspray. As a contingency, we also douse the living room in gasoline using a spare jerry can from the shed.

As our final preparation, we carefully balance the pot of sugar + maple syrup over the slightly-opened kitchen entrance. Its like the good ol’ bucket of water prank; except in this case its more like hot tar. We also grab a selection of knives from the kitchen.

Defense:
As our hour of prep time comes to a close, we begin hearing a window in the bedroom being broken. Rushing there, hairspray and lighter in hand, we see a CRA agent attempting to claw their way through the cardboard panel. We ward off their attack using our makeshift flamethrower. Their face goes up in flames.

we also hear a crash from the kitchen shortly followed by horrific screams as someone has their upper body melted by our little tar trap. Rushing back to the kitchen, we see two agents: one writhing on the ground in pain, and the other attempting to help their comrade. We stab the uninjured one several times until they stop moving, and the other one is down for the count anyways. So we leave them to their misery for now.

During this time, two of the agents have forced their way into the living room. We had been counting on only one agent attempting to get through that entrance. Not two. Still, that was why we doused the area in gasoline.

While we do lose the house, we can commit insurance fraud to get most of the money back, and the bodies of the agents are easily disposed of in the flames. After we finish off the survivors with our knife.

Ayo I’m already doing this shit back off

definitely not a plug to my topic

we are all his alt accounts

my post had been responded by vetex with Boobs.

ERE IM THE FUCK. do u not care about me? infamy is just a game thing and abraaham tf just kills me and uses me like the hell a dildo. do u not care about others u ignorant sneeze? cant u tf be nice to anyone i think you have corona or something because you have to go ask ur fat ass mom to go to a therapist to fuck someone and go away. you probably have problems your own like ur mind is not good. im telling u bro go to a doctor and then murder yourself and go the bloody hell away bitch. if this is what u want to do, hurt other people? then ya better go to hell they like it there. so for god sake dont be so rude to anyone and just go play adopt me. AND NO IM NOT OVER IT YOU HURT ME I HAVE PROBLEMS IRL LIFE AND THIS IS HOW UR DOING? LIKE A DEBILE U TYFUS NERD! GO DO THIS SHIT SOMEWHERE ELSE CAUSE I DONT LIKE THIS AND UR BEING FUCKING RUDE TO SOMEONE WHO IS ALREADY HURT IN THE HEART

“I fucked a fish”
-ADINIZ

Start of the greatest newspaper.

i am now a world class jorunalist

nvm it got edited out with penis from someone else

Why is earth so bad

Why is earth so bad

Lmao imagine saying that “how is the fucking”

I’m sure some of you guys are aware of how I stand on trading. I call it extortion and exploitation. Trading is bad simply because most, if not all of the time, you lose more than you gain. I know this is a really hot topic but that’s what makes talking about it more fun. In my experience of trade and views on other’s trades I see that more often then not its usually one swindling their way into gaining more than the is receiving. Heck, there’s people with loads of headless’ on their files!! Where does that make sense? That’s right! It doesn’t. And the fact of the matter is that people are absolutely gullible is atrocious. Why do people go all out of their way to stock up on these “rare” items? Like this one time I saw aabraham with like over 15 headless’ and, simplifyingdrama with loads of these items. that i’m sure they didn’t grind for. And that’s another thing; Grinding. Are you people just that lazy to go and fish??? Geez you have all the time in the world to go and pvp and get in useless guild wars, but you’re telling me you can’t go get a boss tracker and farm the bosses or simply fish. Heck, just get you some good tunes and boom! ez jams. It’s a shame.

im not plugging that topic because its a disaster

im not plugging that topic because its a disaster