An art series/open collab wherein I draw an Elemental Beast for every Magic! As it it an OPEN collab anyone is free to join in at any time, provided they credit/tag me and whose idea was used.

but hell yes I require that dragon

oh wait you made this

maybe plasma could be the sun lol

Can you change the color for snow and ice? It is kind of hard to reed

Hehe time to get to work

Minotaur for earth since he kinda fits the magic. Wood works as well.

No not the WoM character, I meant the mythical creature.

Maybe a mythical/cryptic worm, since Basilisk is already quite snake-like

wot u gon steal these??
(I look forward to seeing them if so)

I might do those as a very last resort since I consider them too human-like. I’m going to try to research more creatures tonight before I sleep.

Mmmmm would probably want to see that. An epic battle to see who’s the true minotaur.

Wait are my eyes deceiving me but paper is shiki ouji and the only shiki ouji I know is from persona.

Give the dragon to explosion magic.

It’s a possibility that I might use another dracon in its place, but there aren’t a lot of lava-based mythic creatures as far as I know.

no
I require a magma dragon 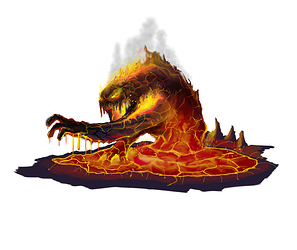